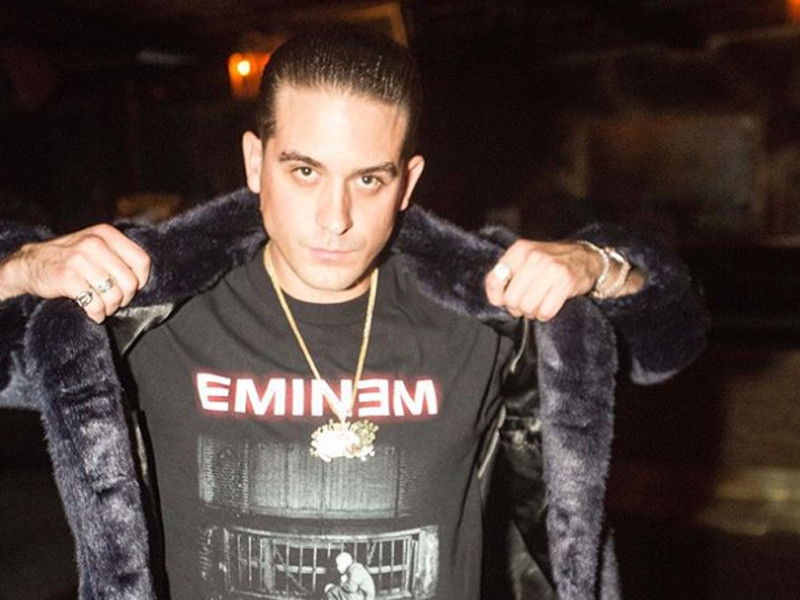 As most Hip Hop fans know, Eminem is currently embroiled in a game of diss track ping-pong with MGK. The most recent round was released on Friday (September 14) when Em dropped “Killshot,” the highly anticipated response to MGK’s “Rap Devil.”

Much like the surprise Kamikaze drop, there was no indication it was actually coming. In fact, in a recent interview with Sway Calloway, Em seemed divided on whether he was going to respond at all. But, evidently it something he couldn’t resist.

On Saturday (September 16), G-Eazy made it clear whose team he’s on when he posted a throwback photo of himself with Slim Shady — both are flipping the bird to the camera.

In the caption, he wrote, “Let’s talk about it,” something MGK has been saying on many of his social media posts.

Let’s talk about it

MGK previously dated G-Eazy’s pop star girlfriend Halsey. Although she announced their break-up in July, the couple are seemingly back together.

The singer was spotted singing along to their “Him & I” duet in the front row of G-Eazy’s Ohio concert last month.