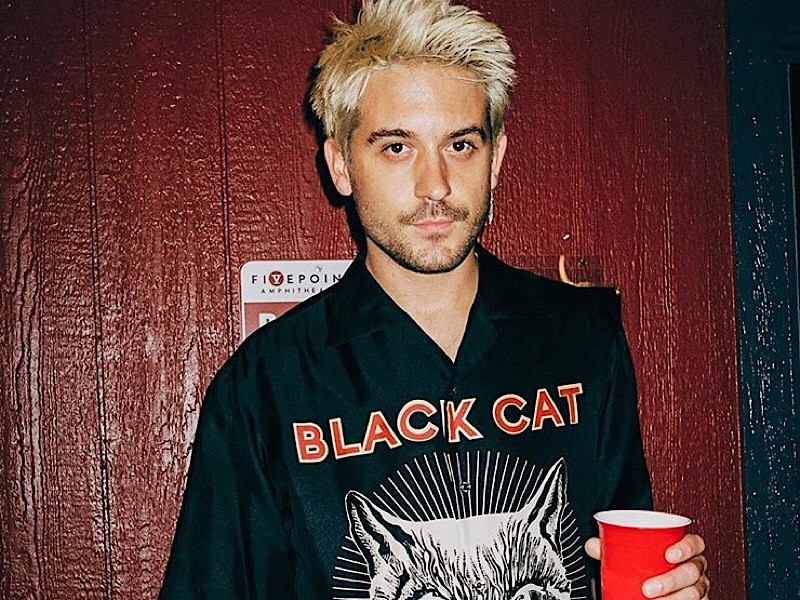 During his latest freestyle for Funkmaster Flex, Machine Gun Kelly slipped in a few shade bars aimed squarely at G-Eazy.

Over Drake’s “Nonstop” instrumental, he not only appeared to taunt G-Eazy about the dissolution of his relationship with Halsey but also branded his music as “frat rap.”

“Only Eazy I fuck with is E … I fucked his girl/Now he looks like this shit is overbearing/How dare him, I dare him/Don’t think about comparing/Now turn that frat rap off I get sick of hearing.”

It only took G-Eazy two hours to respond via SoundCloud with the song “Bad Boy.”

“MGK, please stop trolling me/Get over me, you wanna be me/You’re mad that you’re not as big as me,” he raps. “I’m everywhere/I’m your nightmare/You can’t get rid of me/Call an Uber, turn on the radio/Imagine hearing me/’Him & I’s on.”

G-Eazy responds to MGK, of course, but he also throws some jabs at Funkmaster Flex for giving MGK the platform for the diss.

“I guess you both might have something in common though/You got your spot taken from you, you’re mad about it so,“ he adds, referencing Flex’s ongoing animosity with Power 105’s The Breakfast Club.

Just days before G-Eazy and Halsey announced they were calling it quits back in July, images of Halsey and MGK — who dated the singer before G-Eazy — stirred rumors of a reconciliation. However, it appears the “Him & I” collaborators are now working it out.

This is the second diss in 24 hours for MGK, who was also called out by Eminem on his surprise Kamikaze album.[apple_news_ad type=”any”]