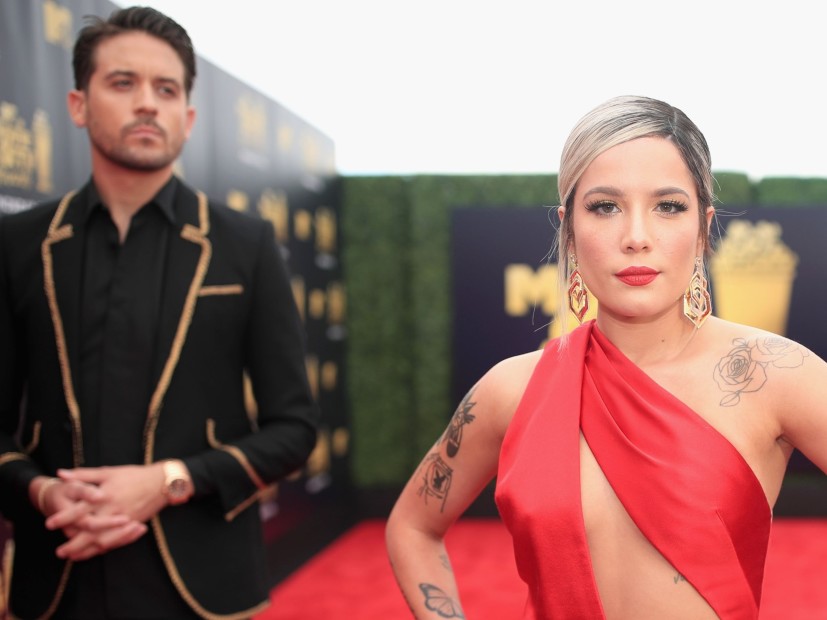 Halsey Gets Emotional During Michigan Concert Days After G-Eazy Split

Halsey announced her split from G-Eazy last week but it appears the wounds are still fresh.

During her Friday night (July 6) performance at the Common Ground Music Festival in Lansing, Michigan, the pop singer could barely keep it together as she sang the words to “Sorry.”

“Someone will love you/But someone isn’t me,” she sings with tears in her eyes.

Just a few days after Halsey told her fans about the breakup on Instagram, Billboard ran an interview with G-Eazy who revealed they’d been working on new material together but the status of those collaborations are uncertain.

During their roughly one-year relationship, the former couple wrote several songs together, including “Him & I.”

The Bay Area rapper has yet to publicly address the split.

[This article has been updated. The original version was published on July 3, 2018 and can be found below.]

Following months of dating, Halsey and G-Eazy have called it quits. The pop singer broke the news on her Instagram Story on Tuesday (July 3).

“I normally keep this kind of thing private but provided our public nature I feel the need to inform my fans,” she wrote. “G-Eazy and I are taking some time apart.

“I’m eager to continue the upcoming passage of time dedicating myself to my art and my career, and the duration of the tour. I wish him the best. Thanks for respecting our privacy at this time.”

The couple started dating last fall and were rarely seen without each other. Most recently, they appeared arm-in-arm at the 2018 MTV Movie & TV Awards.

In December 2017, they collaborated on the song “Him & I,” which hit #1 on the Pop Songs radio airplay chart. She was also with him when he was arrested in Sweden in May on charges of cocaine possession and assault.