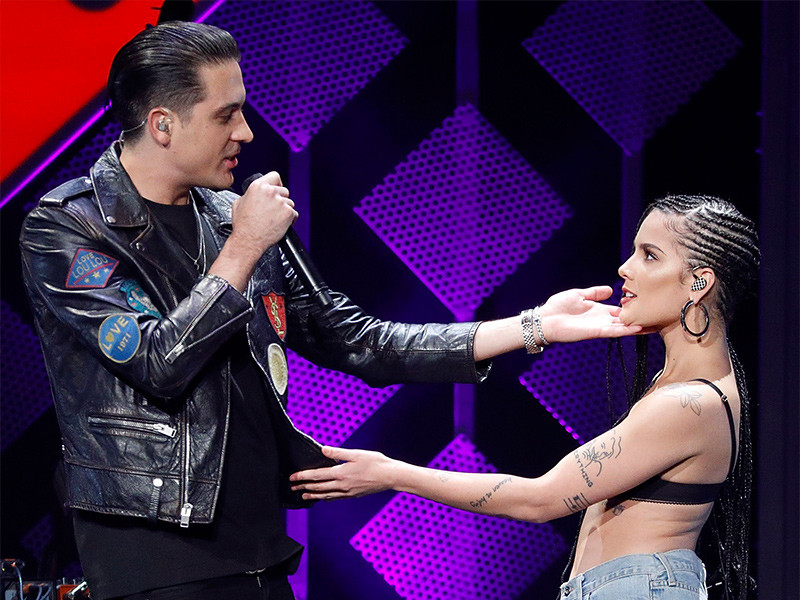 G-Eazy and girlfriend Halsey’s “Him & I” duet off The Beautiful & Damned jumped from #28 to #2 for the week ending December 7. Meanwhile, Logic and Rag’n’Bone Man’s “Broken People” single off Netflix’s Bright soundtrack made its debut at #10 on this week’s chart, and Juicy J’s Cardi B-assisted “Kamasutra” cut is right behind with the second-highest debut of the week at #26.

Elsewhere on the charts, the Top 10 sees a small shakeup this week with the #3 spot now being held down by Christian rapper NF, and Migos’ “Motor Sport” edging into #9. Post Malone and 21 Savage’s “Rockstar” retains the #1 spot again this week.

G-Eazy & Halsey Jump Up The Charts

G-Eazy has two singles on the R&B/Hip Hop Single Sales chart: “Him & I” (at #2) featuring his girlfriend Halsey and “No Limit” (at #4) featuring A$AP Rocky and Cardi B.

“Him & I” featuring Halsey off his recently released album The Beautiful & Damned saw an increase in sales of 790 percent and sold a total of 44,353 in digital downloads for the week. This is a huge jump compared to last week when the song sat at #28 and only sold 4,986 units.

The A$AP Rocky and Cardi B-assisted banger “No Limit,” also featured on The Beautiful & Damned, dropped two spots to #4 this week and sold 16,852 in digital downloads for a total of 178,534 records to date.

Juicy J teamed up with Cardi B for the raunchy single “Kamasutra,” which has earned this week’s second-highest debut at #26. The Mike Will Made It and Resource-produced record sold 5,067 units and takes samples from Three 6 Mafia’s iconic 1999 cut, “Slob On My Knob.”