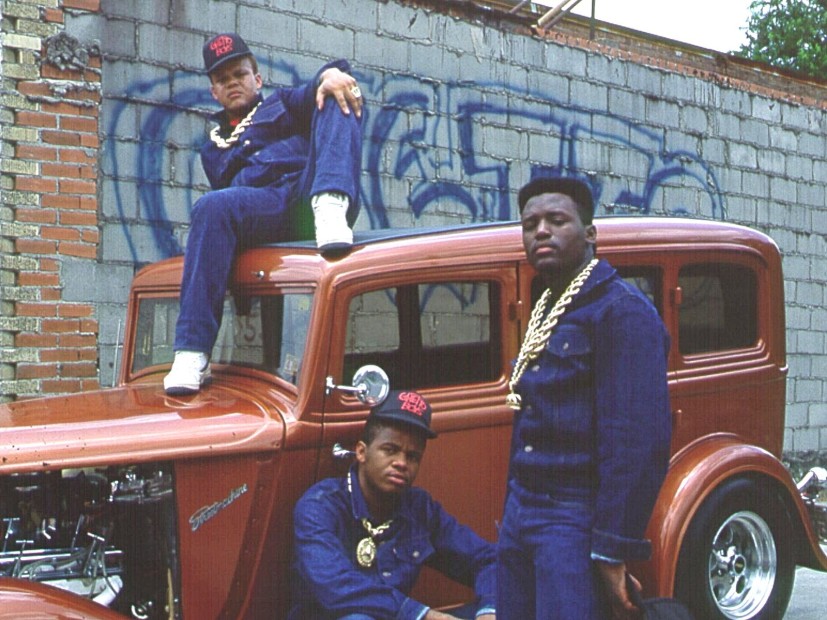 As the news started to spread, a few news outlets mistakingly used a photo of Hip Hop pioneer Kool DJ Red Alert, thinking it was the late Ready Red.

On Sunday (August 26), Red Alert addressed the mix-up on Instagram while paying tribute to his late friend.

“GLAD I FINALLY FOUND A PHOTO OF US, MAY I FIRST SAY REST IN PEACE @djreadyred A VERY GOOD PERSON WE LOST,” he wrote in all caps. “MY CONDOLENCES TO THE FAMILY, FRIENDS & MEMBERS OF THE GROUP @thegetoboys. A LOT OF CONFUSION ON BEHALF OF THE MEDIA PLACING THE WRONG PICTURE, JUST RECENTLY THEY POST A PICTURE OF PATTI LABELLE SAYING IT WAS ARETHA FRANKLIN.

“IT’S A SHAME WITH EVERYTHING THAT’S ON THE INTERNET THEY STILL DON’T HANDLE IT CORRECTLY, MAKES MANY FEEL THAT THE HERITAGE OF BLACK MUSIC IS NOT PRESENTED PROPERLY. MAJOR RESPECT TO ALL SHOWING LOVE & SUPPORT ON SOCIAL MEDIA ABOUT THIS, I FULLY APPRECIATE EVERYONE.”

“It [his death] was absolutely sudden,” she tells HipHopDX. “Basically, it was like he didn’t show up for work Friday morning [August 24] and they sent someone to check on him. They found him in his bed. It turned out he passed away in his sleep.”

Johnson, who now lives in Orlando, Florida, was deeply disappointed by the photo flub as well.

“Yesterday [August 25] was almost like a whirlwind,” she says. “One of my friends from Brooklyn that lives here now text me like, ‘Yo, they have Red Alert’s photo with your brother’s information.’ She had tagged me on a photo of it. A few minutes later, Van Silk is calling me with Red Alert on the phone and I’m like, ‘I’m so sorry’ ’cause my immediate thought was, ‘What is their family thinking?’

“It was really kind of just sad that a major site would do something like that. They just did that with Aretha Franklin, too. At first, I thought it was a joke. How does that happen? It doesn’t make sense. Whether it’s intentional or unintentional, I don’t think people realize how much those in the beginning really gave to history.”

DAMN!? So many untold Hip Hop stories… "On behalf of the entire Poor Righteous Teachers crew, I would like to send out my condolences to the family and friends of the Big Homie Ready Red???" – @culturefreedomprt #getoboys #readyred #hiphop #trenton #newjersey #houston #texas #rap

Ready Red, who was 10 years older than Johnson, left an indelible mark on her. But, like any big brother would, he used to give her a hard time, too. He would routinely tell people she was adopted and that he’d found her in a garbage can, but out of the goodness of his heart, convinced their parents to bring her in.

“I really used to think he hated me,” she says with a laugh.

Above all, she was always Ready Red’s “biggest fan.”

“For me, I grew up with my brother being a DJ,” she explains. “As a little kid, I’d hear the music playing late at night and want to watch him spin. Sometimes we forget how special that era was. Anybody can kinda make a mixtape or rap these days, but those guys really did work to keep Hip Hop alive. A lot of people now don’t quite understand what it was like when the DJ was such an important part of the group.”

When Johnson was a teenager, she dropped out of high school, right around the time the Geto Boys were blowing up. While Ready Red was on tour, he got artists like Ice-T, Salt-N-Pepa and A Tribe Called Quest to record different videos encouraging her to go back to school.

“Man, this is my brother,” she says. “I’m still his little sister who always saw him as a superstar — way before the Geto Boys and way after. He was so humble, so positive and loved to mentor.”

As for those reports saying Ready Red died of a heart attack, Johnson isn’t so sure. She believes other health issues like sleep apnea and weight problems could’ve contributed to his death.

“He definitely could have lost some weight,” she says. “After he got in a car accident, he had to take steroids. He was in a lot of pain and everything but he was getting older and working a lot. I kinda felt bad because it was going around that he died of a heart attack. We don’t really know what he died of. Me personally, I am a nurse and as long it wasn’t something like foul play, I’m good with not getting an autopsy.

“He did have sleep apnea pretty bad. I hate that I didn’t say something. We really don’t know. It could have been a heart attack, but I don’t think it was. At the end of the day, no one is going to change anything. He’s gone. But knowing he’s at peace, makes me at peace. Im going to miss him dearly. I’m ok with the not knowing definitely. If people want to say it’s a heart attack, so be it.”

Johnson has started a GoFundMe campaign to help with funeral costs. She hopes she can also use this opportunity to educate people on how to stay healthier.

“I want to make sure his legacy is alive and well and all the things he was doing when he passed, that I’m able to continue doing that,” she says. “Because I am a nurse, if I can use my experience and knowledge of medical to maybe be of some assistance in that arena, that would be amazing. Maybe I can be that person.”

Check out their comments below.

“DJ Ready Red was 100 percent a Hip Hop craftsman. Boldly one of the first NY metropolitan cats that ventured out into and beyond home turf, spreading the sound and style to the blueprint. You clearly heard it in his style. He’s a good man for sure, too. R.I.B. Rest in Beats.” — Chuck D

“DJ Ready Red was my brother from another mother! He epitomized humility and was one of the most genuine people I’ve ever known and he will be missed terribly! We consoled each other when each of our mothers transitioned! He was the real thing!” — Rahiem of the Furious 5

“Rest in peace to DJ Ready Red of the group Geto Boys. A considerate humble person who would go out his way for you. My condolences to the family, friends and the group.” — Kool DJ Red Alert

“My friend, whom I communicate with daily, didn’t respond on Wednesday. I said, ‘He must be asleep.’ Our tight crew of Kool Kyle, Rick Milian, DJ Kevie Kev Rockwell and Rahiem always stay in touch with Red. On Friday, his cousins pick up his phone and told me Ready Red passed. My love for this humble brother can never be replaced.” — Van Silk

“It was a genuine pleasure to have known and considered Red my friend. He was a beacon of light to the pioneers of Hip Hop and his appreciation of us, his respect and, most importantly, his humbleness as a human being will never be forgotten.” — Kool Kyle the Starchild

“DJ Ready Red was a humble man loved by many. He did all he can for the Hip Hop community and his neighbors to never be forgotten. We’re gonna miss you! — Sparky D

“For the time I knew Red, he has been a very grounded and humble individual. He is a legend and a pioneer in the Hip Hop game and he will truly be missed. Rest in eternal peace big homie!” — Dee-Jay 360