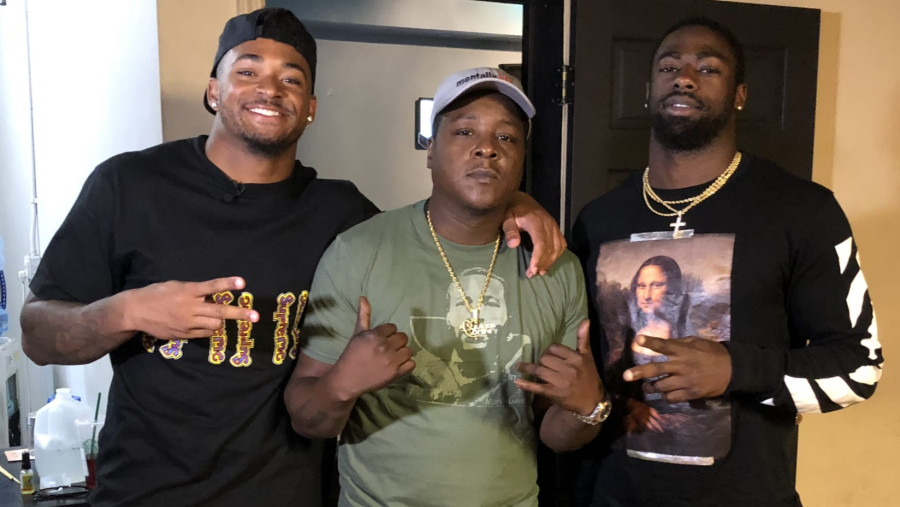 New York, NY – With the NFL’s regular season kicking off in two weeks, the New York Jets are already making noise off the field for their fans who love Hip Hop.

Def Jam Recordings will be official partners with the New York Jets for this upcoming NFL season. The collaboration was revealed via the Jets’ website on Tuesday (August 21).

The two monumental New York brands will put a focus on exclusive content, music and in-game experience. Def Jam will provide unique content from its artists to enhance Jets fans’ in-game experience. The Jets made the deal with Def Jam to match the record label’s commitment to Hip Hop culture’s progression with the vibrant personalities of the team’s younger roster.

The deal will involve Def Jam creating the Jets team anthem, which will be heard at all their home games as the team takes the field in MetLife Stadium this season. Also, there will be a video content series that features interaction between Def Jam’s artists and Jets athletes. The video series will contain highlights of various elements from both Def Jam and the Jets throughout the season.

The first video will give viewers an inside look at second-year Jets players Jamal Adams and Marcus Maye visiting Jadakiss in his Yonkers, New York-based recording studio. A teaser for that video below was posted on the Jets’ Twitter account.

“Through our partnership with Def Jam Recordings, we are looking to amplify our in-game experience and provide fans with entertaining content from their truly talented artists,” New York Jets president Neil Glat says about the deal.

He adds, “In collaboration with this New York company that is recognized all over the world, we are excited to see what new and unique endeavors await our fans.”

Scott Greer, Def Jam’s EVP of Marketing & Commerce, explains why the cross-promotion deal makes sense due to the intersection of football and Hip Hop cultures.

“Collaborating with another iconic New York brand like the New York Jets to create content and original in-game music has a natural synergy for our brand and our audience, and is a great way for Def Jam to bring fans of the Jets and hip-hop together and broaden the reach for our artists,” Greer says.

Def Jam will offer new music and classic songs from artists spanning its 34-year catalog to be used as hype videos leading into game day. These hype videos will also be posted on Jets social media channels this season.

No definitive end date to this partnership has been announced.