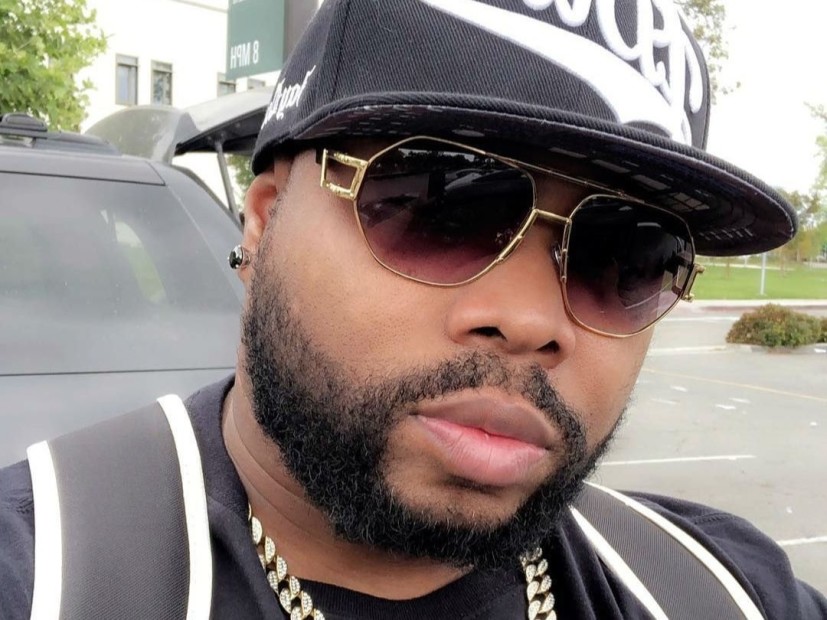 Los Angeles, CA – Page Kennedy is a man of many talents. He’s an actor, a rapper and — some would argue — comedian. Those who have seen his Instagram, Twitter or Facebook accounts can attest to that.

From roles in the television series Weeds and Blue Mountain State to films like S.W.A.T. and See Dick Run, his IMDb profile is steadily growing. His next film, The Meg, stars Jason Statham and Rainn Wilson and hits theaters on Friday (August 10). It arrives on the same day the Detroit native drops his sophomore album, Same Page Different Story.

“I have creative ADD,” Kennedy tells HipHopDX. “I’m constantly trying to create. It’s just a part of who I am. I do my music when I’m inspired and I just knock it out. It’s crazy ’cause I’ve been putting out so many projects this last two years. The acting has actually taken a back seat to the music recently.

“I did a Super Bowl McDonald’s commercial this year. I did a TV show that is now on Netflix called Unsolved. I put out the Straight Bars 2 mixtape. I have The Meg coming and my second album, plus I still create funny videos on the internet.”

Kennedy, who plays DJ in The Meg, truly embraced his role but admits he wasn’t Warner Bros.’ initial preference.

“It’s funny ’cause I saw Rainn [Wilson] at my first audition and that’s relevant because two years prior, we starred in a TV show together. The funny thing about this part was neither one of us were WB’s first choice. I talk about the rappers/actors that they tried to get over me in one of my new songs.

“But it was a three month wait. I had two auditions for this and a long waiting game. But shout out to being sloppy seconds [laughs].”

With the role secured, Kennedy realized he could really identify with DJ.

“He’s the voice of the audience,” he explains. “The way he thinks will be the same way everyone in the audience thinks. The other characters want to be heroes. They don’t even think about it. But DJ wants to be a hero on land where it’s safe [laughs]. He’s the comic relief of the film, along with Rainn.”

Same Page Different Story is what Kennedy describes as his “best work to date” but also different than his highly personal debt Torn Pages, which was released in 2017.

“I love the new album,” he says. “I listen to it everyday. It’s an hour-long listen but when something is versatile and diverse you wanna hear more music than seven to 10 songs.

“Torn Pages was a lot of my life. This project is as well. The music became more of a vibe though. With Torn Pages, I was only concerned about bars. This album I have everything — bars, concepts, stories — and it has a more melodic feel, which is key. Melody is so important now. To be a hybrid is the best thing you can have. Because it’s music you can just play with out having to think too hard, but there’s also substance.”

Check out “Nice Guy” below.