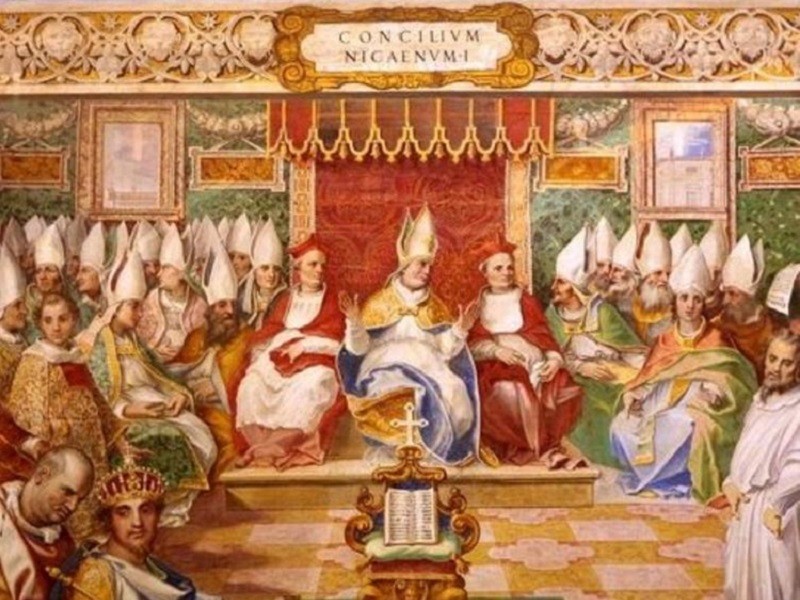 Top Dawg Entertainment’s roster of rappers has been nothing if not impressive over the years, and their executive branch is chipping in with new music too.

TDE co-president Punch follows up his “Of 1 Freestyle” from February with his latest offering: “God Complex (Council of Nicea).”

Punch has occasionally dropped singles over the years, and has discussed the idea of releasing a full project before.

“I think I’ma do a project for sure,” he said in a 2016 interview with Billboard. “I think I’m going to finally finish it because I write a lot and I record every so often. I think I’m just gonna go ahead and knock it out at this point. I’m starting to get that itch more and more. Before, it was like, ‘OK, I write a little bit. I can rap. Let me put it down for fun. It’s cool.’ At this point, it’s starting to turn into a burning. I really want to do it now.”

The Council of Nicea was the ecumenical board, in early Christianity, that talked about the relationship of God the Father to God the Son (and established absolute equality between Father and Son, as divine), and established the first uniform Christian doctrine called the Nicene Creed, which is still said in some Catholic masses today.

The ecumenical council, which first met in what is now modern-day Turkey, is depicted on the single’s cover art.

No question, too, that Punch incorporates divine themes into his rhymes, with lyrics like, “They say I’ve got a God complex, well I must confess, I was made in God’s image so no contest. Plus the melanin in my complexion sort of solidifies that connection, I humbly accept.”