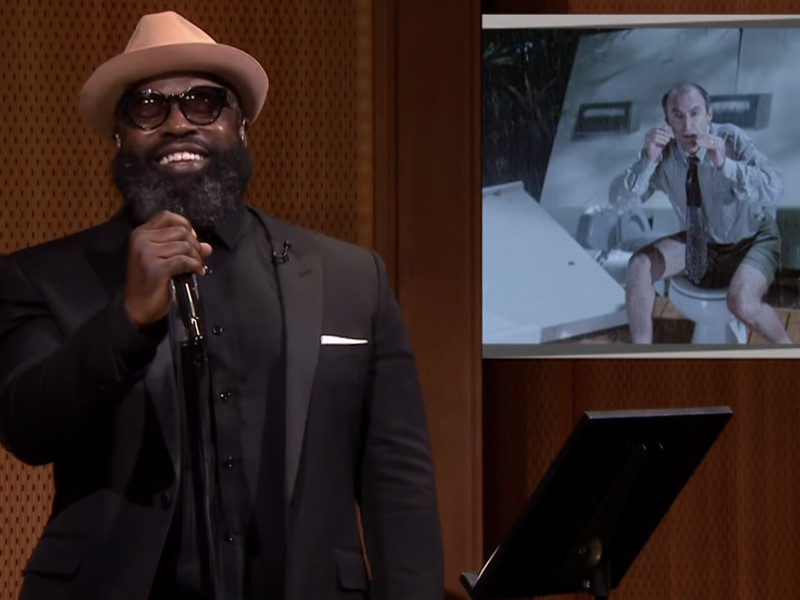 Jurassic World: Fallen Kingdom, the fifth installment of the Jurassic Park film series, is scheduled to hit theaters on June 22. To help get fans back up to speed, Black Thought provided a succinct recap of the series on Monday night (June 11) during The Tonight Show Starring Jimmy Fallon.

“Let’s start with the first film, I’ll tell you what I know/ Hammond is the man demanding bringing back dinos,” he raps, flashing back to the 1993 original blockbuster film. “There are raptors in the kitchen, but I don’t wanna spoil it/ Just know the lawyer gets eaten on the toilet.”

He then hops through the other four films, even referencing Fallon’s cameo in the Jurassic World film.

“The boys jump in a gyrosphere, and their chances are flimsy/ Even though they watched the safety video with Jimmy.”

Fans of the show know that Black Thought often provides lyrical recaps, such as his end-of-season Game Of Thrones raps or his Olympics wrap-up. But when he’s not busy with The Tonight Show, he’s creating acclaimed projects such as the Streams Of Thought Vol. 1 EP with 9th Wonder.

Check out Black Thought’s recap below.