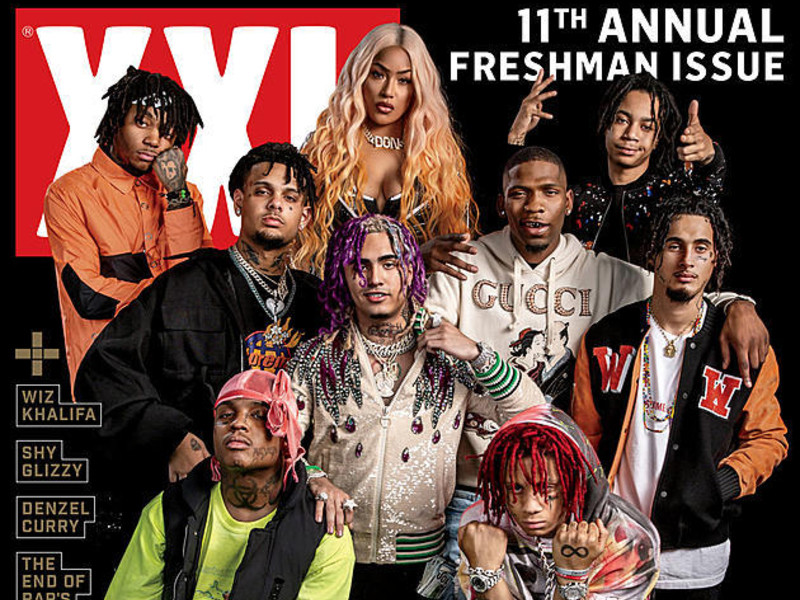 Fans weren’t the only ones complaining about the 2018 XXL Freshman Class snubs.

2 Chainz expressed his disappointment with the selections and named a few artists he felt were deserving of the honor in an Instagram post on Tuesday (June 12).

“Where my lil partna @lilbaby_1 , where braazzzy ass @6ix9ine_ @tee_grizzley cold asf @moneybaggyo should be on there @nba_youngboy hard asf too should be on there!!” he wrote. “No this cover isn’t the Bible but people respect it, I’m sure I forgot somebody but these ppl I named keep that check up fuck it #TRU.”

Ski Mask The Slump God, Lil Pump, Smokepurpp, J.I.D, Stefflon Don, BlocBoy JB, YBN Nahmir, Wifisfuneral and Trippie Redd were selected for the 2018 XXL Freshman Class. Lil Skies was also supposed to be part of the group but didn’t show up to the photoshoot.

XXL has unveiled their annual Freshman Class, and the selections have disappointed many fans. While some are complaining about the overall quality of the list, others are frustrated by the snubbing of certain artists.

Fans have been voicing their complaints on social media about which artists got snubbed from the 2018 list. Everyone from controversial figures, such as Tekashi 6ix9ine and Tay-K, to critically acclaimed MCs, such as IDK and Smino, have been championed by Twitter users as deserving spots in the Freshman Class.

Check out some of the reactions to the snubs below.

Holy shit @XXL . How tf can u not have Tekashi on this year but a buncha guys tryna b where he at n dude only came out October .. smh
#FakeNews

Tbh @smino shoulda been on there as well..but thats just me #xxlfreshmen

Damn fool a Drake Stimulus Package gets you a XXL Cover I see. Blocboy did not deserve that and they snubbed my nigga IDK once again come on son 🤦🏾‍♂️

Yo real talk, my boy @Pouyalilpou got snubbed on the xxl freshman list smh