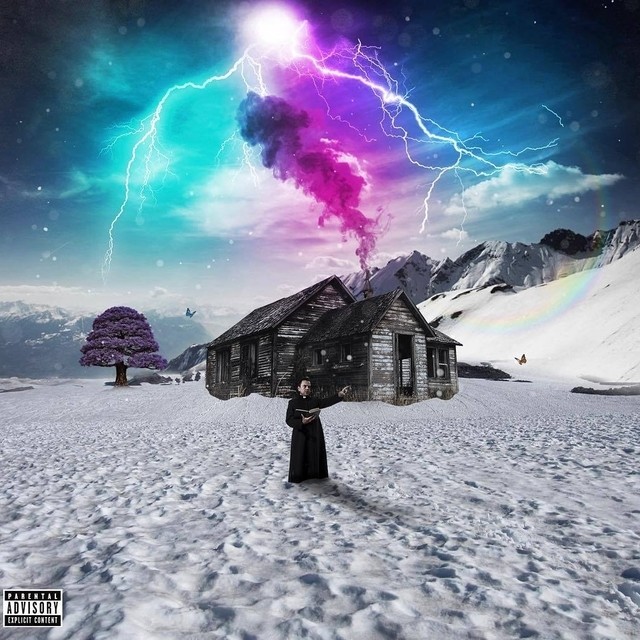 Metro Boomin might need to start looking over his shoulder because Murda Beatz is coming for the trap beat maker throne. The shaggy-haired, multi-platinum Canadian producer began as Migos’ in-house producer and went on to become the go-to hit supplier for the likes of Drake, 2 Chainz and Travis Scott.

Naturally, in today’s climate, anyone in their mom’s basement can cook up a hot “type beat” and get lucky with a couple placements. For Murda to truly lockdown his legacy as this generation’s curator of Hip Hop sound, dropping a full-length project was definitely in order. Plus, 25 minutes of uninterrupted beats from Murda is something Smokepurpp would be a fool to turn down. Thus, Bless Yo Trap was conceived.

Since coming up together in the South Florida SoundCloud scene, Purpp has operated in Lil Pump’s Billboard chart-topping shadow. While Pump shoots to the top of the charts with hit singles, Purpp remains a little more lowkey with more of a focus on emo trap deep cuts of which this project is filled. Typically, Murda’s beats are a little more flashy and polished than Purpp’s usual distorted grunge but Murda channels his inner SoundCloud producer and pulls out some serious South Florida grit.

The album’s intro, first single — and outright hit — “123” is a perfect example of the glitz and grit. The beat is led by Murda’s signature flute melody but unlike the smoothness of the flute he uses on Drake’s “Portland,” this time around it’s muddy, eerie and complemented with bass and 808s that make speakers crack. Purpp hits it with easy-to-follow turn-up lines like “Okay, 1-2-3, yeah, I just popped a bean/Okay, 4-5-6, yeah, eight hoes on my dick” and a wild variety of other lines about guns, drugs and unsavory women.

There’s a good mix of solo tracks that let Purpp get off his most creative fellatio bars but his famous friends do command the attention. Lil Yachty and Offset join the anti-social social swag fest on “Do Not Disturb” which isn’t quite as exciting as A$AP Ferg’s feature on the hi-hat haymaker “Pray.” What’s most impressive from a vocal perspective though is Purpp’s attempt at pseudo-singing. He delivers his raps with a hauntingly dry flow but a handful of cuts highlight the change-up. By no means is the 20-year-old the top songbird of his generation but the dark flow he catches on “Mayo” and “For the Gang” are lascivious lullabies.

What tends to happen on these super-producer/trap rapper collab albums is that the beats usually outshine the lyrics 100% of the time. There is no denying that Murda is this album’s MVP but Purpp puts his best YSL shoe forward and manages to do the beats justice. The songs are however incredibly short, formless and don’t necessarily have a ton of depth to them — but if heads are scouring Bless Yo Trap for Quincy Jones-level songwriting, they are looking in the wrong trap.

For mindless turn-up times though, Bless Yo Trap delivers the goods.