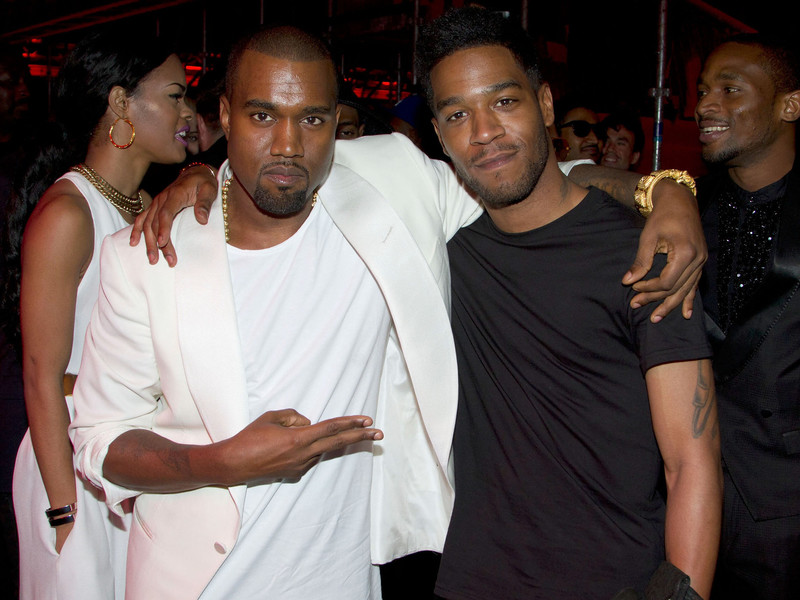 Kanye West and Kid Cudi have officially premiered their Kids See Ghosts collaboration. A crowd in the Los Angeles area danced to the music around a bonfire while those who stayed up to catch the livestream on the WAV app watched online.

The seven-song album opens with a guest feature from Pusha T, and has yet to hit streaming services.

After repeatedly pushing back the start time, Kanye West and Kid Cudi’s Kids See Ghosts listening party has been delayed. The event was originally scheduled to start at 10 p.m. Eastern. At one point, WAV’s stream went down and the entire app became unusable.

A collection of journalists and insiders have been bused to an undisclosed location in the Los Angeles area, with footage surfacing online.

It looks like the WAV app is becoming the destination for Kanye West album rollouts.

Much like last week’s release of ye, the G.O.O.D. Music founder and Kid Cudi will be streaming a listening party for their collaborative project Kids See Ghosts on the app.

This event is being held in Los Angeles as opposed to Wyoming, which played host to the ye listening party. The disorganized nature of the proceedings in Wyoming led to its host venue, Diamond Ranch, instituting a no rappers policy in the aftermath.

Download the @WAV_Media app https://t.co/tSKPugfNlF to watch the livestream of the KIDS SEE GHOSTS listening event on Thursday, June 7 at 8PM PST

West and Cudi’s listening party was first announced by the latter’s manager, Dennis Cummings, on Tuesday (June 5). Cummings only revealed the location on Twitter, promising more details would come soon. Cudi unveiled the news of the livestream on Thursday (June 7).

Kids See Ghosts is the third of five albums that West announced in April. Pusha T’s DAYTONA kicked off the release schedule on May 25. Projects from Nas and Teyana Taylor will complete the collection later this month.

The listening party didn’t start at 11 p.m. Eastern as originally planned. The stream has been pushed back multiple times.