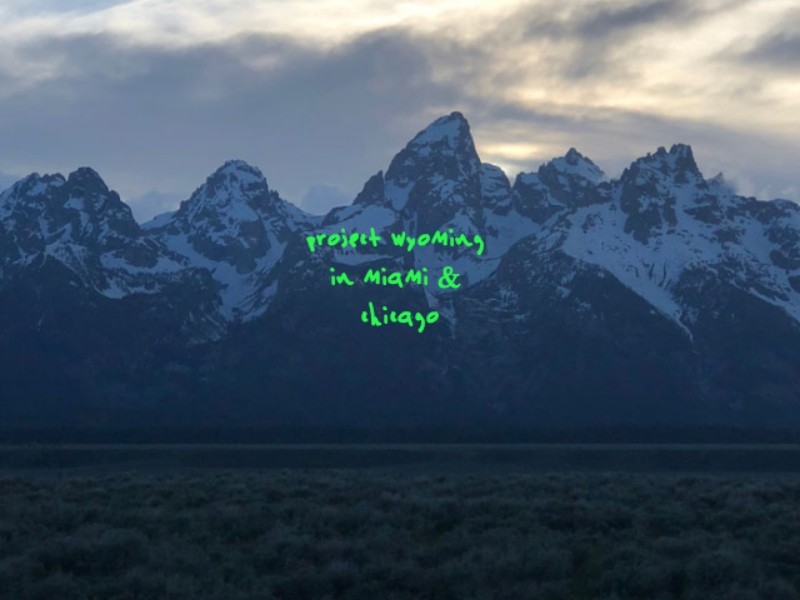 With people’s focus slowly shifting from Kanye West’s Ye album to the upcoming collaborative Kids See Ghosts album with Kid Cudi, there is now some clarity surrounding Project Wyoming and the listening event for Kids See Ghosts. The two Project Wyoming dates for Miami and Chicago on June 6 turned out to be carbon copies of the original Wyoming on May 31, minus Kanye’s presence at either.

Similar to when he projected “New Slaves” in various major cities, Kanye decided to extend the experience of listening to his new music, namely Ye, in an outdoor setting with others. The dates were originally made available through his website.

The Chicago location was held at Kuipers Family Farm in Maple Park, Illinois. Sahar Habibi and DJ Oreo were on deck to play the new album in the rural setting complete with a bonfire. The Miami event was at the RC Cola Plant in Wynwood. At both locations, invitees had the opportunity to buy exclusive Ye merch.

The Brooklyn event set for June 7 has a waiting list. The location has yet to be announced. All three events are being produced by 1AM, which is owned by 070 Shake’s manager YesJulz.

There has also been mention of an LA listening party, although details for that are still scant. On Thursday morning (June 7), Cudi announced there would again be a livestream via the WAV app.

Download the @WAV_Media app https://t.co/tSKPugfNlF to watch the livestream of the KIDS SEE GHOSTS listening event on Thursday, June 7 at 8PM PST

Check out the merch below as well as videos from each listening event.