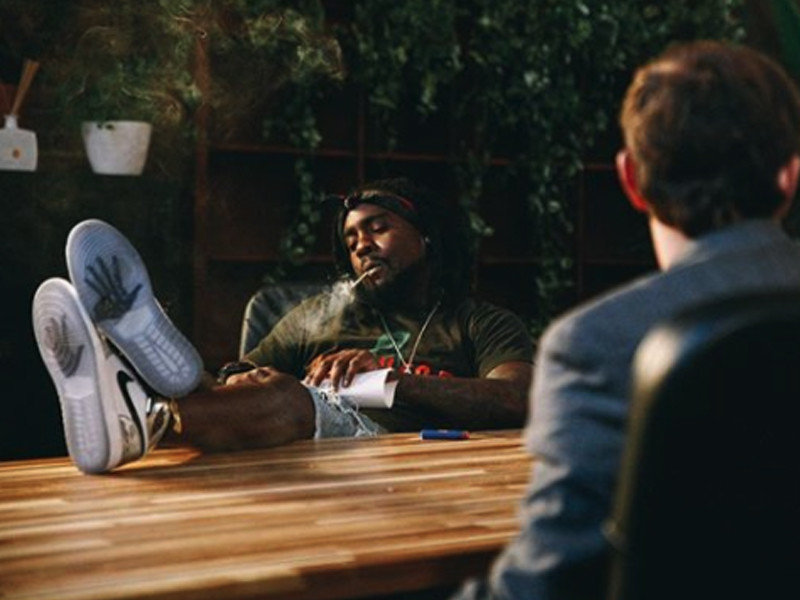 Los Angeles, CA – After a string of consistent project releases, Wale has formally found himself a new home at Warner Bros.

“I felt their passion, commitment, and enthusiasm from day one,” he said in an exclusive statement to Complex. The signing comes just months after he — from what is known — amicably split from Atlantic, with whom he’d spent six years.

And without further Ado…. Let the Games Begin ?..#PowerCircle.. #DisWaveWontRideItself?

He alluded to the situation on a song titled “Negotiations,” which appeared on his second of two 2018 EPs, Self Promotion. “Yeah, mind racin’/Negotiatin’ my situation/I burned bridges I can’t repair, so been fly lately,” he rapped.

On the same song, he also references what may have been parting words between himself and the label. “I’m I’m bad business, the rap industry thinks I’m crazy … the gatekeepers, they hate me say I’m militant,” he raps.

His fallout with Atlantic seemed to be written on the wall, amid poor/declining album sales — with Shine moving just a little more than 25k units in its first week.

For a label that counts acts streaming behemoths like Bhad Bhabie to its roster, numbers like that spell flop in capital letters. Combine that with beef and what many have seen as a poor attitude, and the rapper began to look like a liability.

Still, Wale has been able to keep his sales consistent and live dates in support of the album remained packed.

With two extremely promising EPs thus far in 2018 and a very respectable catalog in his name, Warner Bros. clearly sees the vision. Label co-chairman Tom Corson proclaimed Wale to be a “pillar in the hip-hop community and beyond,” in a statement. “Wale is truly a force to be reckoned with, and we look forward to a successful partnership for years to come,” he added.

“They believed in my vision wholeheartedly, and I am ready to show and prove,” Wale says. He joins like DVSN, Mac Miller, PartyNextDoor, and recent Warner Bros. signee Lil Pump.

That’s almost my time y’all … I’m bout go the hardest. I’m GONNA be the “I told you so” guy .. pic.twitter.com/CjQyD87JWQ

A new album is expected later this year.