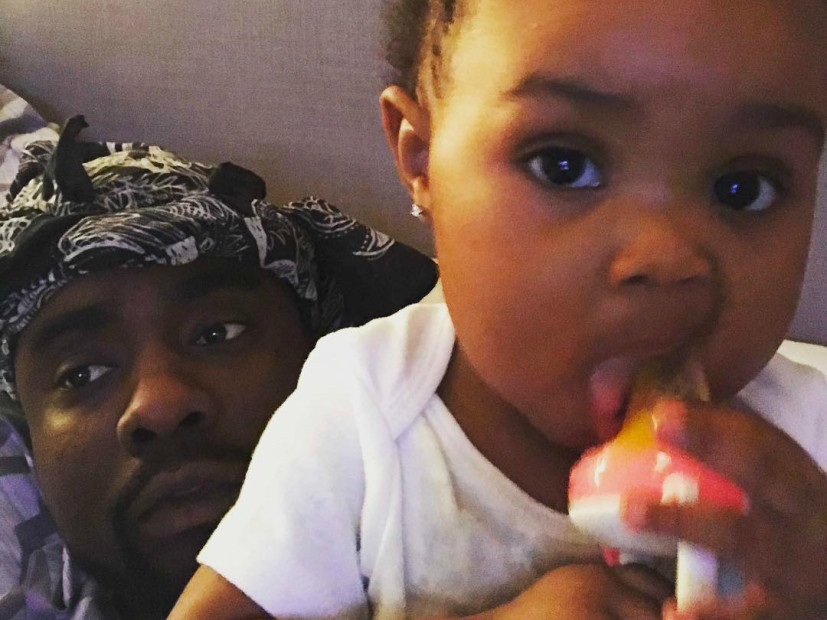 The 14-track project is dedicated to his baby daughter, Zyla Moon, who appears on the closing track, “Smile.” Other features come from Travis Scott, Lil Wayne and WizKid.

Stream Wale’s Shine album below and keep scrolling for the cover art and tracklist.

Wale’s long-awaited Shine project is just about ready for release. According to Hip-Hop-n-More, the album is due out May 5 after the MMG rapper has been working on it for at least two years.

Shine is made up of 14 tracks, including the single “Running Back” featuring Lil Wayne. Other songs appear to tap into Wale’s Nigerian roots as he also enlists WizKid, Davido and Olamide for guest appearances. Chris Brown, G-Eazy and Travis Scott lend their talents to the project as well. Last but certainly not least, Wale’s infant daughter, Zyla Moon, will appear alongside fellow DC artist Phil Adé for the finale track, “Smile.”

The album cover art seems to be inspired by Zyla as it shows a baby’s hand holding a blue moon against a pink backdrop.

The project follows Wale’s Summer on Sunset mixtape, which detailed his creative process out in California. His last LP was 2015’s The Album About Nothing.

Wale’s Shine album cover art and tracklist are below.