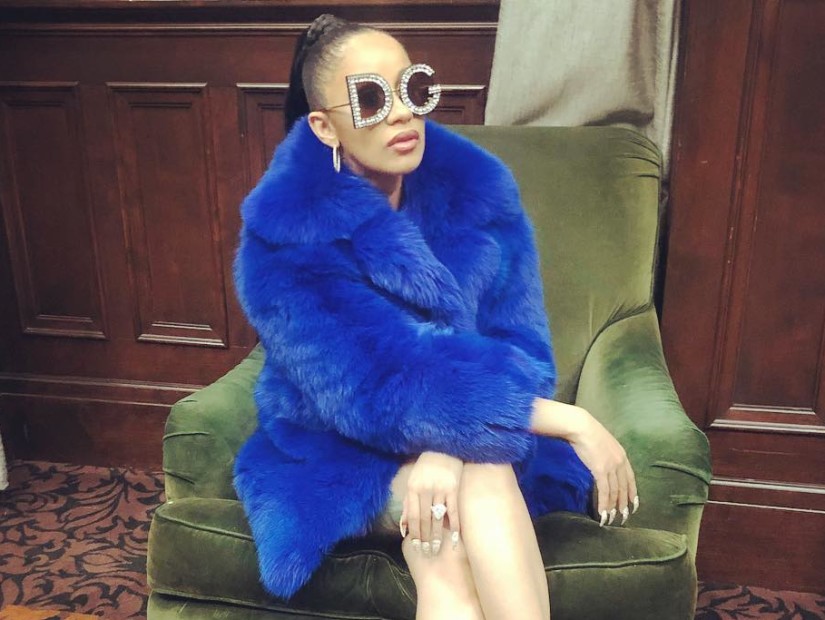 Cardi B and Azealia Banks’ perceived beef just got taken up a notch. After Banks chided the “Bodak Yellow” rapper for her bad grammar and spelling during her Breakfast Club interview on Friday (May 11), Cardi responded to Banks’ comments on Twitter.

Cardi then deleted her Instagram and made her Twitter account private, seemingly fed up with the drama. But before she made her exit, Cardi sent out a barrage of tweets defending herself.

“Why is it that male rappers can speak how they want act how they want but people constantly bash me for it?” she began. “Why do i feel like i have to apologize for being who i am? talking how i talk and being what ya call “Ghetto” wtff. LEAVE ME ALONE!”

Cardi continued, “Every week it seems like i’m in somebody’s mouth. Why was nobody talking about me when i was on love and hip hop? all of a sudden i’m the reason why the world is such a horrible place. i be minding my business i wake up and boom something about Cardi. i don’t get it.”

But she wasn’t done there. The pregnant Cardi continued defending her thick New York accent and broken English while showing love for her fiancé Offset, calling him her “personal pastor.”

During the Breakfast Club interview, Banks explained she called Cardi an “illiterate, untalented rat” because she was in shock the bar had been set so low for female rappers. Cardi’s initial response to hearing what Banks said about her found Cardi questioning the Harlem rapper’s approval of Beyoncé and calling Banks out for bleaching her skin.

“Beyoncé? Wasn’t Beyonce the same woman she was talking shit about and dragging all over the media?” she commented. “I’m from the hood I speak how I speak I am how I am. I did not choose to be famous people choose me! People followed me on Instagram and the people gave me a platform to introduce my talent. I never asked to be a example or a role model.

“I don’t want to change my ways because I’m famous that’s why I just mind my business. This is coming from a woman that bleached her skin but want to advocate. GOODBYE. Im not apologizing or killing myself because of who I am.”

Before her social media disappearing act was complete, Cardi made sure to let Banks know the definition of “illiterate” and assured her she could not only read and write but she could also speak two languages.

Read her full tirade below.