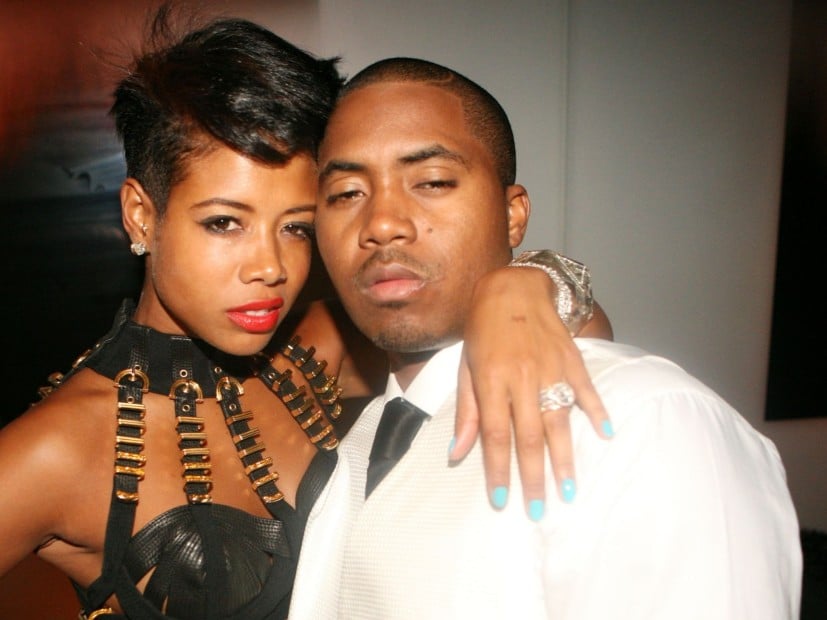 Nas and his ex-wife Kelis have reportedly been embroiled in a bitter custody battle over their 8-year-old son Knight that was only recently settled. In a new (and rare) interview with Hollywood Unlocked, the “Milkshake” singer opens up about what she alleges was a violent relationship with her ex-husband.

The couple married in 2003 in a lavish ceremony — although she says they’d already gotten married prior — and the divorce was finalized in 2010.

Just love exploring the world with my little ones by my side ?

As the conversation continued, Kelis started to unravel what went allegedly on behind closed doors. Although she says she was young, naive and madly in love, she admits she “took a lot” of unacceptable behavior.

When asked if she was referring to Nas’ infidelity, Kelis replied, “That was the straw that broke the camel’s back but that wasn’t it. I didn’t file for divorce because he cheated. He’d been cheating for two years and I knew that. It was because on top of all the other stuff, then you’re going to cheat? Ok. This is too much. It was really toxic. I was pregnant and at 7 months pregnant, I was terrified.”

One of the Harlem native’s most disturbing accusations was that their marriage was soaked in alcohol — which she dubbed the “Patron era” — and would often lead to physical violence. She says Nas would black out and not remember the night before.

“It was really dark,” she says. “There was a lot of drinking, and a lot of mental and physical abuse. We would fight. I never just sat there but we would definitely fight. I’ve waited nine years to say anything. The amount of airing out I could do — and I’ve chosen not to — our kids will find out. They’re finding out now. I’ve never painted myself as a saint. Did he hit me? Mmmhm. Did I hit him? Mmmhm.”

She continued, “It was because he would black out. He would drink too much. He will never admit it. But he drank too much. There were times when we would party and I’d drink with him but he would keep drinking. We’d have the worst night ever and we would wake up the next day, and it’s like it never happened.” Embed from Getty Images

To make up for it, she says Nas would buy her expensive gifts and while she says she liked the gifts, she knew their marriage was in trouble. In 2009, when the news broke Chris Brown had physically assaulted his then-girlfriend Rihanna, Kelis says she felt humiliated by her own situation.

“Something reminded me of Rihanna,” she explains. “I remember so clearly when the pictures came out with that whole thing that happened with her and Chris Brown … I had bruises all over my body at the time. That day, I remember being in Atlanta, sitting in kitchen … and I wasn’t ready to walk, so I didn’t say it … Seeing her, the way she looked and then looking at myself, I was embarrassed. I wasn’t ready for that move … I thought I could love past this.”

Although the battle over Knight is reportedly resolved for now, TMZ reported Nas is accusing Kelis of violating the terms of their agreement earlier this month.

Kelis insists the Illmatic legend is obsessed with his image and will never change.

“He was angry and he was dark, and he’s always been that way,” she says. “To this day, that man is exactly the man I married. He has changed not one iota. I changed … What you take at 22 and what you take at 28 are very different.”