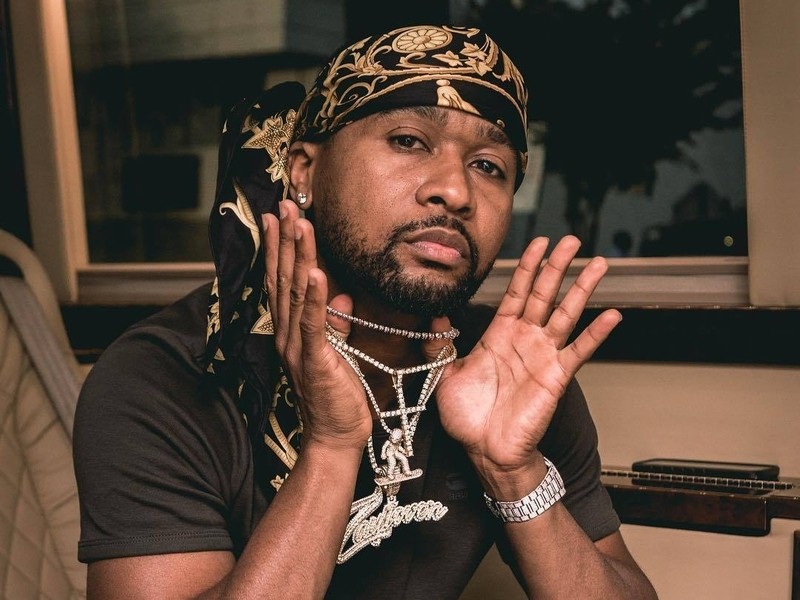 Often considered the architect of the trap music sound, Atlanta producer Zaytoven recently teamed up with Red Bull Music for The Note. The documentary series takes a dive into the life of Zay and explores his relationship with trap music, as well as his devotion to his faith.

HipHopDX was able to catch up with Ziggy before a special screening of his documentary in Los Angeles where we talked about the duality of church and secular music and the tremendous amount of music he has coming out this year.

“That’s where everything begins and that’s where it’s gon’ end,” Zaytoven says about his religious faith. “I’m still a church musician, so even though I’m out on the weekends, I still fly back to Atlanta on Sundays because I play the organ at church. That’s definitely a big part of my life. I never knew I was gon’ be a big producer. I never thought about it. It was never my dream or nothing like that. I think [I’m successful] because I take the time out to put God first. I really feel like my success comes from that.”

When looking back on his first foray into Hip Hop, Zaytoven admits he was worried about the disconnect between his church life and the content of trap music.

“When I first started, I was almost ashamed to say I was doing rap music because of the content and what it talked about,” he reveals. “I remember the pastor of the church I play at — this is when I did Gucci Mane’s Hard To Kill — he stood up in the pulpit and pulled the CD out and really gave me a shout out. I was embarrassed like, ‘Damn why would he do that?’ But he was letting me know he didn’t feel no conflict and it was nothing to be ashamed about.”

Zaytoven used his faith to have a direct and indirect effect on those he worked with.

“I [think] the reason I’m in the position I’m in is to be influential to the people around,” he tells DX. “I come from something different, so how am I gon’ help somebody in a different type of lifestyle if I’m not there to help guide them or be an example for them? If you look at Gucci now compared to the Gucci when we first start rocking with each other, he’s a totally different person.

“Gucci, when he used to introduce me to people, used to be like, ‘Aye this is my producer Zaytoven. He don’t curse, he don’t drink, he don’t smoke or do nothing.’ I used to be embarrassed like, ‘Bro why you keep doing that? Why you keep telling people that? You ain’t got to tell nobody that.’ It was something for him to brag on even though he was out there robbing and doing everything else. It was something for him to brag on my character. For him being how he is today shows that he looked up to my character back then.”

During his early years crafting the trap sound, Zaytoven used his parents’ house as ground zero. Affectionately dubbed “Mama’s Basement,” he recorded everyone from Gucci Mane to Ludacris there. His mother’s support played a major role in his success.

“My mom always believed in me [with] whatever I was doing even when I felt like this wasn’t gon’ be a career for me.” Zay says. “She just believed in me being more than what [my parents] were. My mom worked a regular job and my dad was in the military. So my mom looked at her children like I know y’all can do bigger and better [things].”

These days, Zay is more than able to spread his legs and venture out of “Mama’s Basement” to work. This year is already shaping up to be one of his biggest yet.

“I got the Superfly movie I helped do a lot of music for that comes out on June 15th and I have an acting part in there,” Zay reveals. “My debut album comes out May 25. [It’s called] Trap Holizay. Then I’m doing a lot of joint projects this year. So be on the lookout for [those] with people I haven’t worked with before.

“Speaking of the Gospel music and church, me and Lecrae just did a joint project together that’s bananas. I can’t wait for everybody to hear that. I really got a lot of surprises. I don’t wanna open up the floodgates yet but best believe it’s a lot of joint projects coming out this year.”