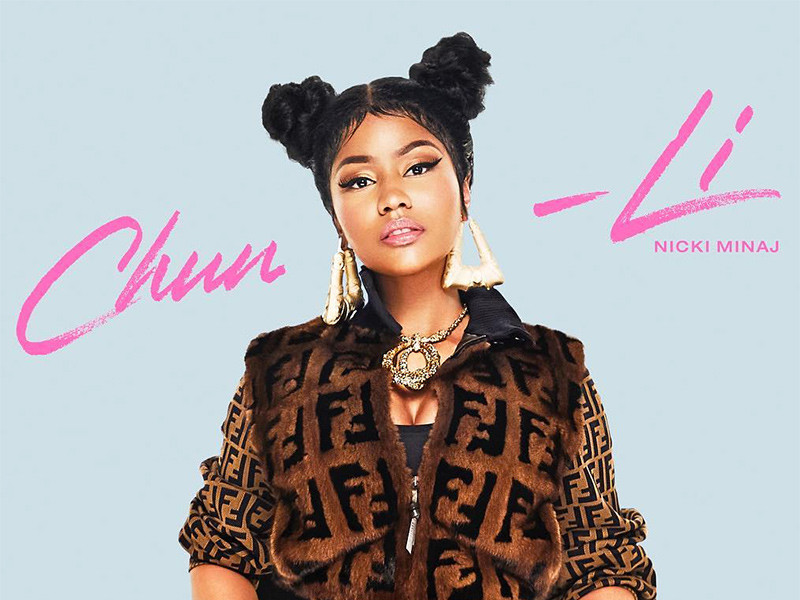 Nicki Minaj has returned with a video for “Chun-Li,” one of two new singles she dropped earlier this week. The bulk of the visual is shot by Minaj in vertical selfie mode.

Dressed in black leather and fishnets, she spits, “They need rappers like me/ So they can get on their fucking keyboards/ And make me the bad guy, Chun-Li.”

The self-proclaimed Queen of Rap revealed the single alongside “Barbie Tingz” on Thursday (April 12), marking her first new solo material of 2018.

(The last update on this article was published on April 12, 2018 and can be found below.)

Nicki Minaj has finally resurfaced with two new singles — “Barbie Tingz” and “Chun-Li.” After teasing fans with a handful of cryptic tweets, Minaj revealed new music was on its way earlier this week, causing an uproar on social media.

Black Barbie hit the Beats 1 Radio studios on Thursday (April 12) to discuss her return with Zane Lowe. During the interview, Minaj talked about why she disappeared from social media for the past few months.

“I needed to focus on my album,” she told Lowe. “This is the best album in my life I’ve ever ever created. I needed to focus and I wanted to write something meaningful to me that would inspire and captivate my audience. More importantly, I wanted to have fun again without giving a shit. I didn’t want to see anything. I wasn’t only not posting. I also took all social media off my phone. It was the most genius decision I ever made. It gave me peace and put my focus back on what it needed to be on — the music. ”

Minaj also talked about how it’s necessary to “deactivate from the matrix.”

“I was like, ‘Why am I including this information in my spirit,” she said. “I don’t need to know what people are saying about me … music has become much more than music. It’s become a lot of shenanigans. I can rap. At the end of the day, I can rap. I don’t know about anybody else but I rap. That’s what I do.”

Later in the conversation, she touched on her tumultuous relationship with Drake (who she called the “Golden Boy”).

“Drake is always mad at me,” she said. “We’re like an old married couple. It’s so stupid. But you know what, on the real, Drake also has given me some of the best advice of my career. He’s given me some great advice. He’s very smart. You can’t take that away from him. Also, even when there were things happening, even when I couldn’t speak to him, I think he felt the love I will always have for him.”

She then talked about ex Meek Mill and his current situation.

“I don’t want to talk about legal things but I will say, every now and then … I won’t go there. I will save some of those things for my album. What I will say now is the judge in question did everything I asked of her. I can’t badmouth her because I met her personally. I know what she said to us. He knows. I wouldn’t wish jail on anybody. ”

Check out her comments on Meek below.

(The last update of this article was published on April 10, 2018 and can be found below.)

After tantalizing fans with a few cryptic tweets, Nicki Minaj has put an end to the speculation. On Tuesday (April 10), Black Barbie posted the covers of what appear to be two new singles — “Barbie Tingz” and “Chun-Li.”

According to the caption, both songs will arrive at 10 a.m. PST/1 p.m. EST “everywhere.”

Although the self-proclaimed Queen of Rap hasn’t put out a new album since 2014’s The Pinkprint, she’s popped up on multiple singles, including Migos’ “Motorsport” and Yo Gotti’s “Rake It Up.”

Her latest stunt is reminiscent of the #3PackFromParis maneuver she pulled last March, which featured the diss-heavy “No Frauds” with Lil Wayne and Drake.

It’s possible the countdown ended early because the cover art was leaked on a French website and Minaj was forced to announce the news.

The self-proclaimed Queen of Rap pulled a tweet-and-delete with a simple, “4,” leading to widespread speculation she had something on the way. The following day, she doubled down with another cryptic tweet, this time with the number 3. Both tweets were quickly deleted.

Then, Young Thug poured fuel on the fire with a tweet. On Monday night (April 9), the Jeffery rapper followed Minaj’s lead with a “3” tweet of his own. Many are concluding this means a possible collaboration between the two, although Thug also has a song called “Three” with Future.

If Minaj is plotting her return on Friday (April 13), she has an army of people drooling at the thought. Social media has exploded with excitement over the past 24 hours.

Whatever the case, Black Barbie has “liked” a handful of her fans’ anticipatory tweets.[apple_news_ad type=”any”]

Check out those below.

WOOOOOO y’all done fucked up!!! Sis about to stir the muthafucking pot. pic.twitter.com/ndKxUY6Hxf

The internet when @NICKIMINAJ tweets “2” tomorrow and deletes it again although we all knew she would do it but the hype is just so real pic.twitter.com/9zn1o7cbzi

This lil count down…. I hope we all alive by the end because these lil heart attacks we been having last 48 hours ??