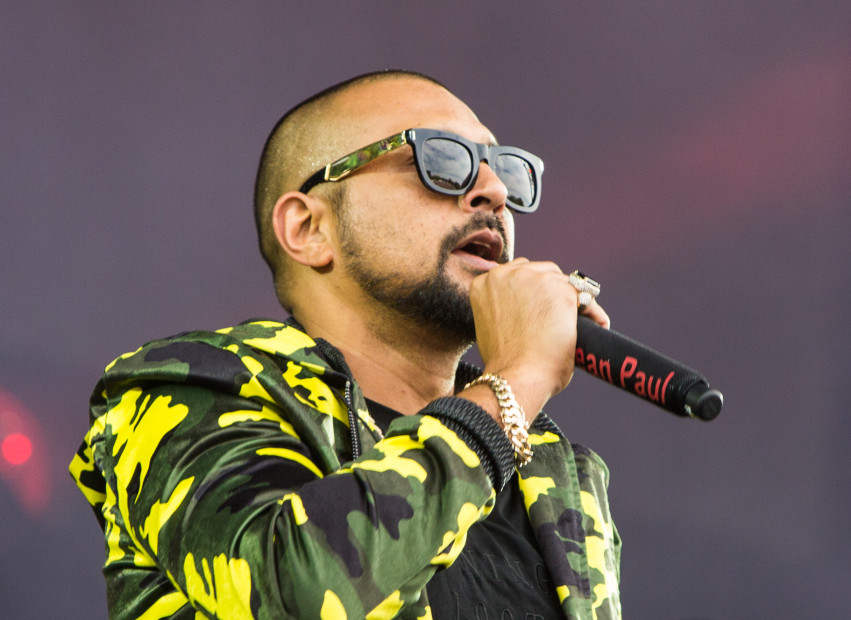 From Rihanna To Busta Rhymes: Sean Paul Has Stories For Days

Sean Paul is in the middle of a career resurgence. In 2016, he appeared on two smash singles — Sia’s “Cheap Thrills” and Clean Bandit’s “Rockabye” —  and since then, the Jamaican dancehall veteran has signed with Island Records and is currently rolling out new material in anticipation of his seventh studio album.

Over the past two decades, he’s collaborated with everyone from Nicki Minaj and Migos to Rihanna and Beyoncé but working with RiRi was one of the most memorable.

For their 2006 collaborative song “Break It Off,” the Barbadian pop singer flew down to his home turf to soak in the Jamaican vibes.

“I really liked doing the song with Rihanna ’cause she came to Jamaica,” he says in a thick Jamaican accent. “Most people who I’ve worked with, like I go over there or I do it via the internet. But this time, we got the chance to show her how Jamaicans flex. She came to the club, she came to the beach, she came to the studio, we showed her the good places to eat. So it was kinda cool for her to see what my world’s about.”

“At the time, it was like 2006, so I was a huge star and she was a brand new star coming up into the pop world,” he continues. “It was cool for me to show her that. Like yeah, I’m huge now but this little place is where I come from. And she was also very enthusiastic because coming from Barbados, she said all her life she wanted to go there. She went to the Bob Marley Museum and she was stoked. It was pretty cool.”

Early on in his musical journey, Sean Paul questioned his ability to keep penning hits. While he doesn’t necessarily have the secret, he’s figured out it’s all about the “riddim.”

“I remember thinking like, ‘How the fuck I’m gonna keep this up?” he says. “Like, ‘Am I gonna be able to write more songs?’ And that’s the way it’s been ever since. I always wonder how do I keep it up? Basically, it’s about the riddim. The riddim kinda speaks that vibe to me. It reminds me of when I was 14, 15, just starting to go to house parties and just getting to vibe with the ladies and people, that kind of thing. That’s what my music should remind me of I think. And so, it is party-oriented music that I do. However, there are different topics, but mainly it’s about having a good time.”

But that riddim isn’t always there. For Sean Paul, that’s a no go in terms of collaborating — even when it’s someone like Ashanti.

“I really have no secret [to writing hits],” he admits. “I really don’t plan things out. Mainly, I go with the flow. It’s just about if I really like it. It could be the hugest artist in the world. Like, take for instance me and Ashanti. I love her work. I love her. But we’ve gotten together in the studio and something wasn’t clicking. The producers that were building tracks for us, it wasn’t right and we just didn’t do it. We didn’t end up doing nothing.

“So there are days like that and there are times like that. Even though I’ve done a lot of collabs, it really is at first about how things move me.”

Despite his reputation for making pop-infused dancehall, it really all started with Hip Hop. While living in Kingston, he was introduced to Grandmaster Flash and the Furious Five’s “The Message” at a young age. From there, he quickly fell in love with the music of Slick Rick and Doug E. Fresh, especially the track “The Show.” So, when he had the opportunity to start working with Hip Hop artists, he was slightly star-struck around certain MCs.

“Busta Rhymes was the first time I felt that,” he explains. “I looked up to him as being someone in Hip Hop who I just thought was amazing, who was dope, who was never boring to listen to. He was always exciting and always full of energy. Sometimes you’d learn shit from him, sometimes it was just entertainment. He was what we call ‘gimme the vibe.’ When I got big enough, I was like, ‘Yo, let me work with you’ and he’s like someone who I looked up to. That was just amazing for me.”

Sean Paul’s latest single, “Mad Love,” has amassed more than 21 million views on YouTube since its mid-February release. While it’s evident people are still listening to his music, his laid-back attitude (which he says stems from humility) gives him the ability to go with the flow. No matter what happens with his next album, he’ll roll with it.

“Whatever happens, happens,” he says. “I do a lot of music and if people like it, then they do. If they don’t, then I move on and it’s good.”