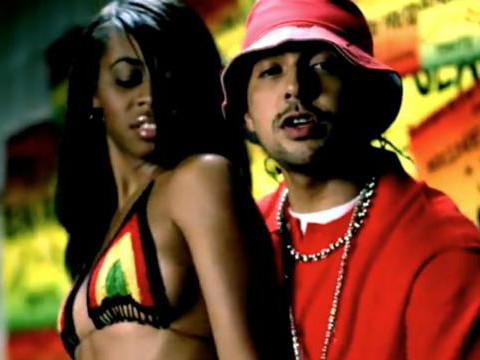 Drake has received plenty of criticism from those who think he is appropriating dancehall and Sean Paul is the latest voice to join in that discussion. He explains his problems with the Toronto rapper, Justin Bieber and others for using the genre without credit.

“It is a sore point when people like Drake or Bieber or other artists come and do dancehall-orientated music but don’t credit where dancehall came from and they don’t necessarily understand it,” the dancehall legend says to The Guardian. “A lot of people get upset, they get sour. And I know artists back in Jamaica that don’t like Major Lazer because they think they do the same thing that Drake and Kanye did – they take and take and don’t credit.”

Paul says that he still enjoys Drizzy‘s music, but views the way he infuses dancehall less as a tribute and more as exploitation.

“I love some of his songs but I don’t think he’s the best rapper,” he continues.

As Paul works on new music, he understands the importance of keeping up with trends in order to maintain relevance. He’s worked with Wiz Khalifa and Blood, the producer who crafted Bieber’s “Sorry.” He believes he can serve as the much-needed link to the genre’s origins.

“Dancehall is back but this time it’s also infused with Afrobeat, with hip-hop, with trap, and that’s fine with me,” he says. “Sure, I would like what we do in Jamaica, that authentic dancehall, to be on top, but it simply isn’t. So I want this album to bridge that gap.”

Other critics of the appropriation of dancehall include Azealia Banks, who dissed Rihanna’s “Work” video, which features Drake. She said that it reminded her of a Sean Paul video, “except not as fly.”

Mr. Vegas has been a leading voice on the debate against the use of dancehall and spoke out against Popcaan for defending Drake. He shared his grievances with HipHopDX’s senior features writer Ural Garrett.

“I call a spade a spade,” he says. “I’m a straightforward person and not going to try to play hypocrite because I’m hoping Drake is going to put me on a record or Rihanna is going to put me on a record. I’m just going to be straight up if it’s bullshit. If it’s bullshit, it’s bullshit. First of all, I don’t have a problem with anyone who does Dancehall or Reggae music or artists who cover Dancehall or Reggae music as long as people are recognizing where it’s coming from and giving the artists their due.”