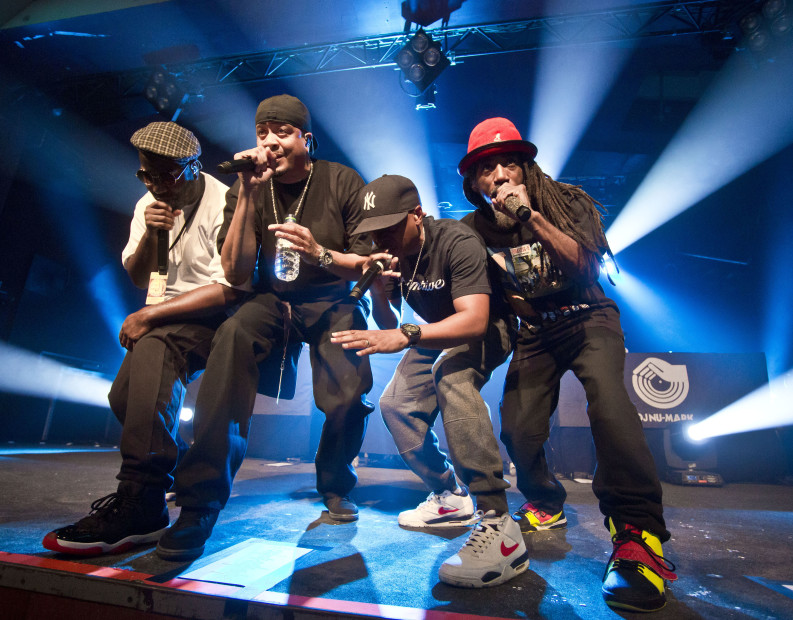 It’s been 12 years since Jurassic 5 released Feedback, the group’s fourth studio album and follow-up to the platinum-selling Power In Numbers. While backstage at The Aggie Theatre in Fort Collins, Colorado earlier this month, Chali 2na — the baritone voice of the California Hip Hop collective —  revealed they’ve been talking about doing another J5 album in the near future.

Considering the group broke up in 2007 and got back together in 2013, it would be a monumental event for fans of the veteran group.

“We’ve all been talking about it,” Chali tells HipHopDX. “We’ve been in the room, on the phone, emails, and a few of us have been experimenting with little different things in the studio, talking about beats. To me, that’s us stirring the pot trying to cook something up. I’m just hoping that it spills into fruition. But we know it’s time.”

Although J5 turntablist Cut Chemist is currently touring in support of his new solo album Die Cut, he’s also focused on the future.

“After the adventures of Die Cut, I have a hankering for some original recipe rap beats,” he says. “I’ve started making some and presented them to the MCs.”

For years, it was doubtful a reunion was even in the cards. But the high demand for their return was palpable and proved to be surprising — especially to them.

“You decide to agree to disagree because of the bigger picture,” Chali says. “That’s kinda what we did. Plus, we had cool ass offers that we never had before. We never had these type of offers before. We were like, ‘We put out a record damn near seven, eight, nine years ago? And people are offering us this?'”

“All of us were surprised — extremely surprised,” he continues. “We were like, ‘Okay, this is a chance for all of us — whether we’re doing cool financially or not — to pick ourselves up, figure out if we should continue more, fund our solo careers — whatever we needed to do. We can use what we built to do that.’ We decided, ‘Alright.’ From 2013 ’til last year, I think was just us mashing again, feeling good, but still from a grown-ups’ perspective. We were kids when we started.”

For now, J5 isn’t on the road but that could change anytime. After all, that’s where Chali feels most at home.

“I stay on the road just because this is the one thing I really know how to do more than anything else,” he says. “I thank God that it’s been my job for the majority of my working life.”