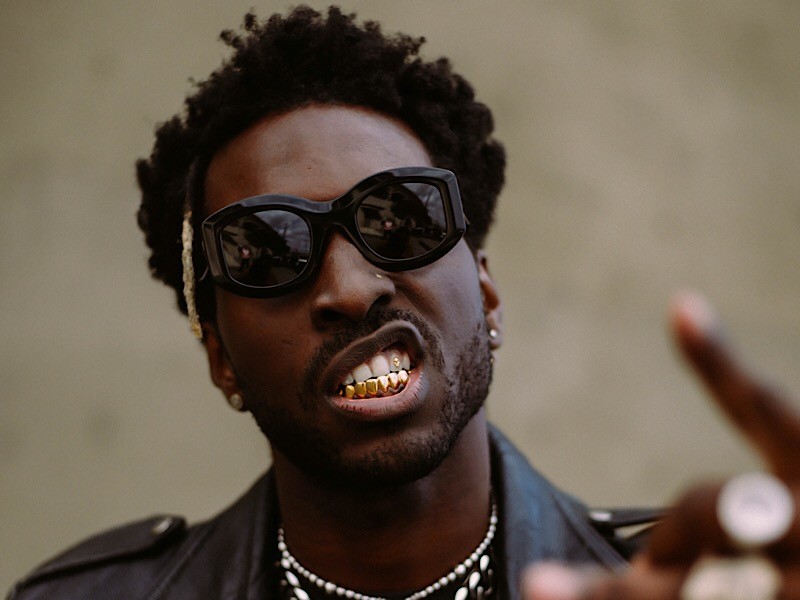 Since dropping the single “1999” back in 2016, rapper SAINt JHN has managed to amass around 50 million streams and a dedicated fan base. More impressively, he’s done so with only a small handful of singles. With his debut LP Collection One dropping on March 30 — which includes five of the previously released singles — JHN is hesitant about telling fans what to expect.

“It’s not exactly what you think it is and it’s better than what you imagined it would be,” he told HipHopDX via phone interview — fresh off a trip to Israel to film a visual for “Hermès Freestyle.”

“I make the music that I wanna hear,” he continues. “I think for those people that are returning and continuously listening, I’m making the music that they wanna hear. So [they] can expect that … full form.”

Hailing from Brooklyn, he initially broke into the music industry as a songwriter, with his first major credit being the chorus of Hoodie Allen’s “No Interruptions” in 2012. The single was the first off Allen’s All American EP, which debuted at the top of the iTunes chart and hit #10 on the Billboard 200. Since then, JHN has racked up credits writing for the likes of Usher, helping pen two of the singles from 2016’s Hard II Love LP (“Crash” and “Rivals”), as well as Jidenna (“Helicopters” from last year’s The Chief LP).

“I started out making music for myself, and I fell into song writing … I took the opportunity because I wanted to see what it’s like to be like to be selfless,” he explains. “[I learned that] in writing songs for someone else, you never get to a place where you’re completly selfless, because you’re still injecting yourself into someone’s story or you’re introducing your story to someone, and then you’re giving up the voice to sing it.”

As he further explains, it was “giving up the voice” that drove his desire to put everything he had into his brand. “Someone else’s voice singing it doesn’t carry the same intention and the same intensity … so it was straightforward to make a transition, and realizing I needed to do this myself. No one can tell my story.”

He does credit the in-studio experiences with driving his confidence. “They taught me that I was good enough,” he says. “Imagine you’re standing next to a hero of yours — someone you’ve been admiring for two decades, or a decade, or 10 days, or five minutes — and you’re there because of something that you crafted for yourself. It tells you that you deserve to be in the room.”

JHN also worked as a professional model but decided to leave that alone — much for the same reason he began feeling a bit of disdain for writing for others. “Nothing is exciting about modeling; there’s nothing exciting about being the subject of somebody else’s vision,” he says. “You’re a beautiful mannequin in motion, and I didn’t wanna do that. So I stopped doing that.”

To hear him describe his creative drive — and even more esoterically, his music — paints him as an artist’s artist. It’s something that is resonating with both fans and writers who have been fiending for a full body of work to digest after snacking on and reheating his appetizers.

The length of time fans have been patiently waiting, though, is eclipsed by the period this complete vision has been in conceptual production. “A lifetime,” he says bluntly. “That’s how long, I’m sure of it. To put the sounds together: year and a half. But, you’re making the first thing you introduce to people. It takes so many different experiences and exchanges. Things that I’m talking about in this project, one way or another, they might’ve come from different times [in my life].”

When it comes to describing the sound, he merely states, “I don’t. As anti-climatic and disappointing as that sounds, I don’t. I don’t describe my music. I make my music. I listen to it. But, what you hear and what I hear are two entirely different things.”

Collection One is available now.