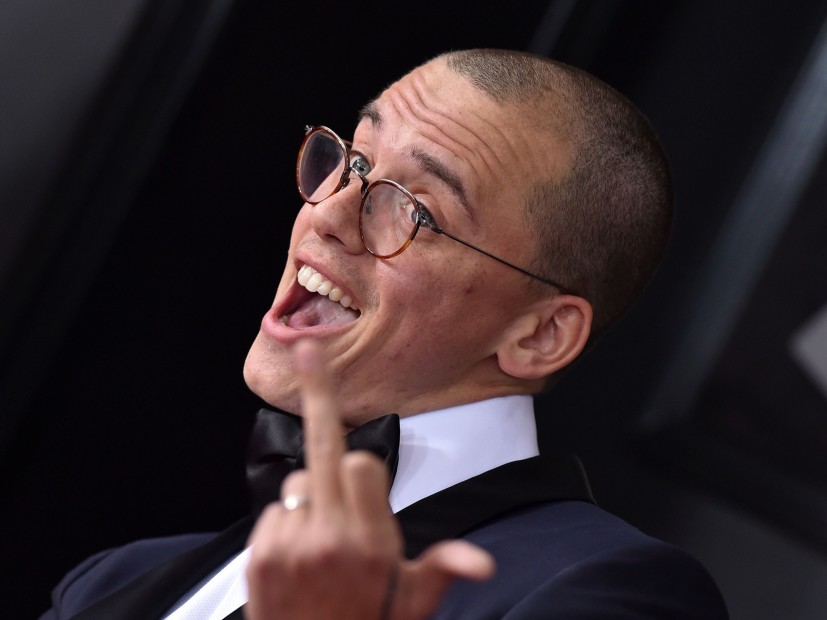 Joyner Lucas and Logic have a murky history. Over the past year, Lucas has accused the bespectacled rapper of stealing his concept for his suicide prevention anthem, “1-800-273-8255,” and blasted him for his work on Tech N9ne’s “Sriracha.” Now, it seems Logic might have finally fired back, at least that’s what Twitter is hypothesizing.

“Talkin’ shit ’bout Logic, I never respond/ I’ll let success talk, ’cause a word of advice/ More achievements for yourself and less talk/ Cats beef with Logic, yeah, they prayin’ I respond/If I ever did, I dead you in this game with no respawn, Peace, love, and positivity that’s all I want with you/ But you push the issue ’cause I give you more press than your publicist could ever get you.

“Hell nah, fuck rap, fuck beef, anyone that hate me, I wish you success/ I wish you look in the mirror and ask yourself why you suppressed/ If feelings of self-hatred that you wan’ project on me/ Bet if I never picked up the mic then we might be homies/ But you jealous, you look at my life and you feel envy/ Constantly comparing yourself to me and feel empty/ Most people that don’t fuck with me ain’t ever shook my hand.”

Joyner denied dissing Logic on his Future’s “Mask Off” remix last May but labeled him “a corny guy” three months later. Then, on Joyner’s “Look Alive” freestyle, he seemed to have dropped a subliminal aimed at the Everybody artist.

Once fans started to dissect the lyrics to “Yuck,” multiple Twitter users came to the conclusion that the song is, in fact, a diss track aimed at Lucas.

Soooo I just heard Yuck by Logic….ummm Joyner Lucas is about to GO OFF IN A MATTER OF HOURS. IM CALLING IT.

Joyner Lucas and logic still throwing shots at each other .. lol #HipHop ??

So Joyner Lucas and logic are beefing? Guess I should listen to their music so I know who’s side to take lol. God dam. Let the music talk for you. Leave the WWE shit on wordstar

i am so here for this Joyner Lucas vs Logic beef, more tunes for my headtops. bliss.

Joyner Lucas really mad bc Logic ain’t giving him the time of day!?!?

if he don’t get back in that studio i swear ?

Logic got one up over Joyner Lucas if you ask me

This is the worst project released by Logic so far other than gracefully bodying Joyner Lucas on Yuck and killing three other tracks Indica Badu, Warm it up and 44 More the rest is Garbage Everybody was better than this. Everday is the worst logic song i have ever heard.

Like, Logic is clearly dissing Joyner Lucas. I don't get it. Just say "yo… Fuck Joyner"… Get that positivity bullshit the fuck outta here. Joyner dissed him directly mad times already.