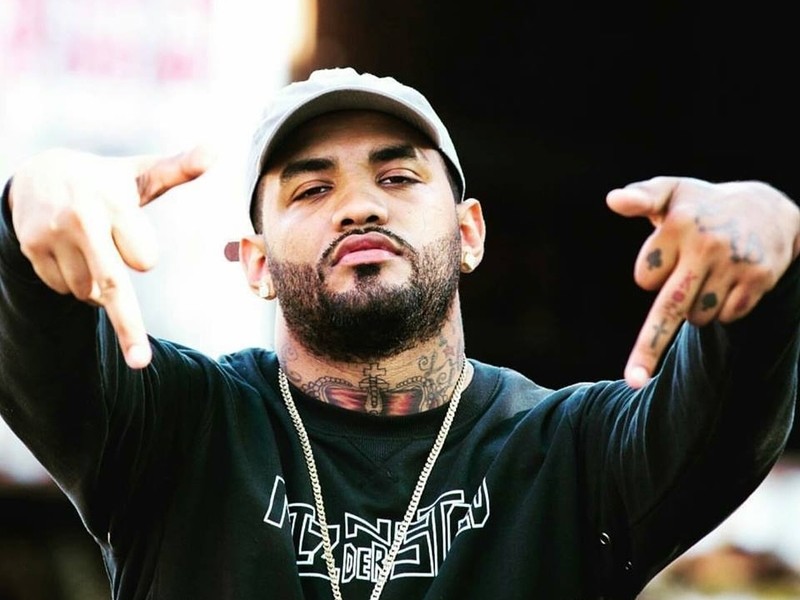 Joyner Lucas says he doesn’t need hit record because he’ll just jump on someone else’s single and make it better. That’s exactly what the Massachusetts-born lyricist has proclaimed on his new remix of Lil Pump’s “Gucci Gang,” which taunts the rising star from Florida.

The provocative remix arrives just a few days after Lucas’ “I’m Not Racist” video went viral. The shots fired here aren’t limited to Pump though, as Lucas also has a problem with all of the opioid-referencing rapper. He condemns the similarity of their music and wishes them ill on the track.

“What’s a Lil Pump to a rocket flame?/ Turn your pink dreads into pocket change/ All these new rappers don’t be talking ’bout shit except doing drugs, wonder how you got a name?/ Sipping lean, taking E, Percocet, purple drank, Xanax, everything sound the same/ Bunch of drug addicts in the house of pain/ Hope you niggas suffer till you pop a vein,” Lucas raps.

Lucas previously took aim at some of his competition in Hip Hop by remixing Future’s “Mask Off.” He told HipHopDX that song — which referenced the likes of Kendrick Lamar, Logic and its originator — was more about competition.

The “Gucci Gang” remix isn’t all about verbal jabs. When he’s not throwing slangs at other rappers and lamenting his label’s desire for a catchy record, the lyrical dynamo is putting on an exhibition of rewind-worthy bars and utilizing a rapid-fire flow.

Listen to Lucas’ remix above and compare it to the original below.