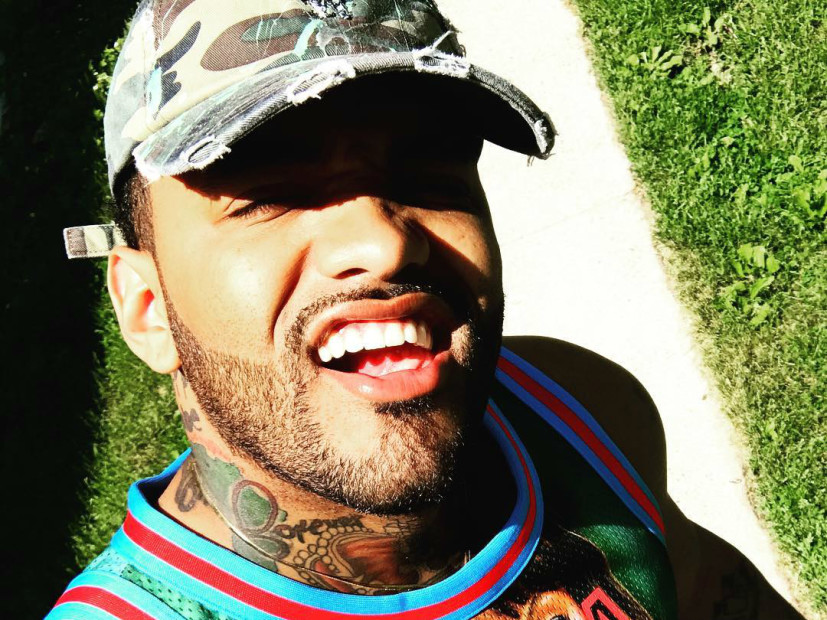 On Friday (June 2), HipHopDX hopped on the phone with the newly signed Atlantic Records MC to set things straight.

On the opening line of the record, Joyner raps, “I don’t take no fucking Percocets / Molly, Percocets / No ecstasy, promethazine / No lean, no purple mess / No dirty Sprite but bitch, I got that Kyrie Irving step / If you don’t think that I’m the shit, it’s just you ain’t heard me yet / I’m ’bout to put my mask on, my mask on / Stick all these industry niggas up until they cash gone.”

For the record, Joyner does not consider Future a mumble rapper at all and explains why he wanted to jump on the viral flute-heavy production.

“Future’s dope,” he says. “‘Mask Off’ was a more relevant song. I knew people would gravitate towards it. There really wasn’t a lot of freestyles to that record. I just kind of wanted to just jump in. And I always loved that beat from the moment I heard it.”

At the 0:51 mark, Joyner challenges more rappers, including Maryland’s own Logic. “Don’t come near me with problems / And don’t you compare me to Logic (never) / Go listen to ‘Sriracha.’” After a comment from his Facebook page, many were left wondering what exactly happened between the two MCs who collaborated on Tech N9ne’s track “Sriracha.”

Joyner explains, “There is no status with Logic. I have a little bit of mixed emotions on how I feel towards him. It’s not beef, or no shit like that. A little bit of behind the scenes stuff that … make me feel the way that I feel. A lot of things that people don’t know or not aware of, that may look like I’m bullying or picking on Logic. It isn’t even that. A lot of stuff that happened behind the scenes that I really wasn’t feeling. Above all, I think Logic is talented and I think he’s good at what he does.”

Joyner also gave his take on whether there was enough competition on Hip Hop nowadays, or if it was all just beef.

DX asked if Joyner thought he could rap better than Kendrick. He answers, “No I don’t actually. I’m actually a really big Kendrick fan. I think Kendrick Lamar is a better lyricist than I am.”

Remaining humble, Joyner says he will one day get to the top level.

“It’s all about improving, but that’s the thing. I’m not really too big on self-proclaimed anything,” he reflects. “I don’t ever want to ever self-proclaim myself as being the best. I guess that’s for the people to decide. I just know I’m a fan of a lot of artists. It’s hard to look at myself in that light. I just make music and I let other people make those decisions for me, on how they feel about it. You know?”

Joyner Lucas is currently gearing up to drop his new project 508-507-2209, which comes in the form of a phone number.

“That’s my number,” he says of the title, “feel free to call me whenever you want. I’m available at all time.”

Here’s what you can expect on June 16 with its release.

“The project is literally a mixture of everything,” he reveals. “Everything is on there. A little bit of everything on there. There’s no really outside influences on what it should be. This is all from the mind of me and what I wanted to put out. Again, that’s really for the people to listen to and give me feedback. There’s lot of storytelling records on here.”