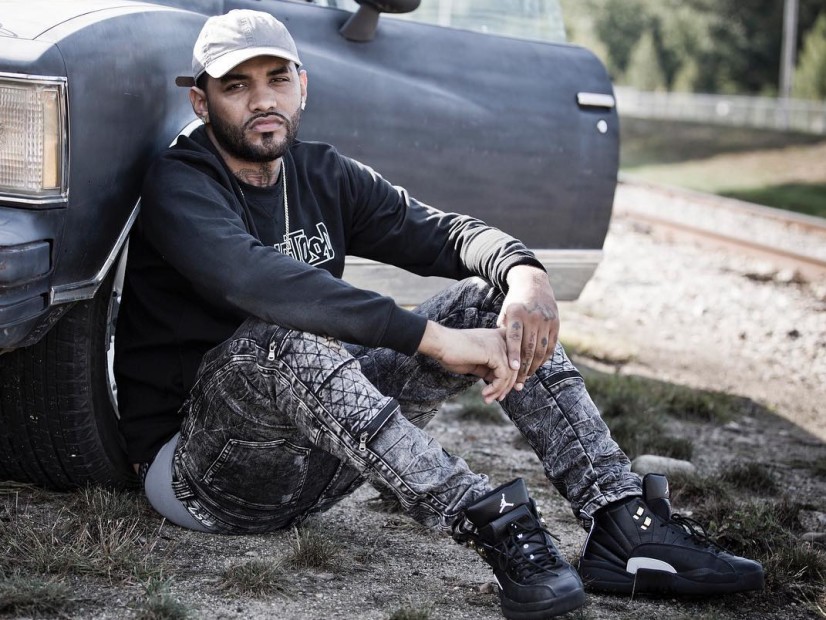 Joyner Lucas announced that he signed a major deal with Atlantic Records on Wednesday (September 21) and posted the joyous occasion on his Facebook page as he popped bottles of champagne to celebrate.

One of the first people Joyner thought to call was DJ Khaled, who shared some legendary wisdom and cloth talk with him.

@djkhaled gave me the MAJOR ?

“You got the greatest representation,” Khaled tells the “Jumanji” rapper. “This is only the beginning, you got so many keys coming in. Cause one key leads to the next key.”

Boi-1da shouted the Massachusetts native out on Twitter, hinting that the two have some things they’ve been working on.

Can't wait for y'all to hear what @JoynerLucas and I are working on. ☠️☠️☠️☠️☠️

“Muthafuckas told me I couldn’t do it,” Lucas says in the video of him signing his contract. “The first nigga in New England, Massachusetts history to sign a major deal with Atlantic Records. And my deal comes with Boi-1da. Ayo mom, you can quit your muthfuckin’ job too.”

Joyner Lucas further explains in the caption of the video that his contract with Atlantic is a partnership and he gets to keep creative control of his works, a rarity in the music business.

Joyner has been making music since he was 12 years old, dropping Listen 2 Me in 2007. He recently began to gain popularity after he was a guest on the 2015 BET Hip-Hop Awards Cypher. A loyal fanbase has since been developed with the releasing of “Jumanji” featuring Busta Rhymes and “I’m Sorry,” which address suicide prevention and mental illness.

@djkhaled thank u for that call my g. I JUST SIGNED MY DEAL WITH ATLANTIC RECORDS TODAY!!!! #atlantic #djkhaled #joynerseason #album