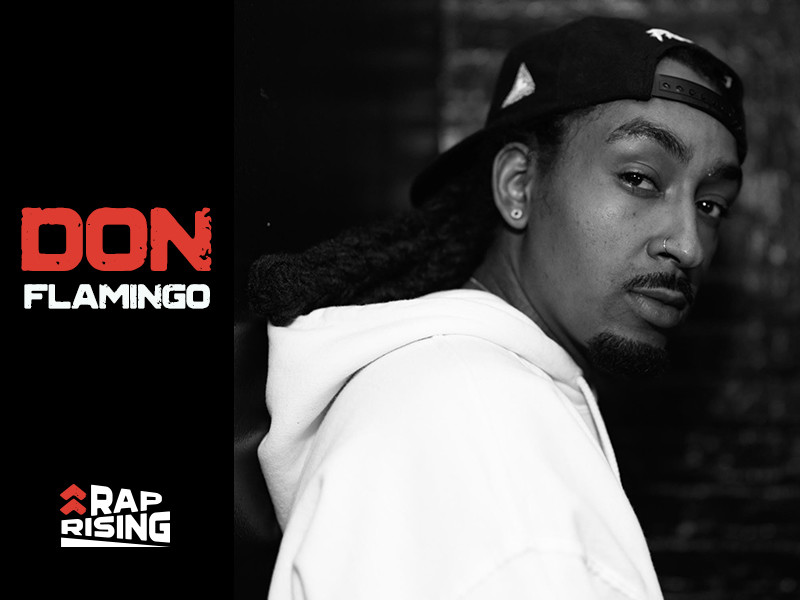 Louisiana rapper Don Flamingo’s long resume includes collaborations with big industry names such as T.I., Lil Wayne, Scarface, Mannie Fresh and BG. In addition to working with heavy hitters in the music industry, Flamingo also has two BET Music Matters Showcase performances, a host of performances at SXSW, and sets at the Legendary Brooklyn Hip-Hop Festival as part of his repertoire. He’s also a two-time NOLA Music Awards Lyricist of the Year.

HipHopDX chatted with Flamingo ahead of his performance at our SXSW showcase.

HipHopDX: Have you performed at SXSW before?

Don Flamingo: Yes, this year’s performance will be different because I have new material that the fans will love wholeheartedly.

I’m most excited about connecting with new fans who can appreciate the art of real music.

Absolutely, I’m also a fan of other artists who perform yearly.

There’s never a “worst” part of preparing for a performance. Everything is a life lesson and you just got to make do with what you’ve got whether it’s bad or good.

I’ve been doing music since ’95. I can’t remember what my first paid gig was, but I’m looking forward to the times I’m only paid to perform.

If you’ve watched The Breakdown, what was your favorite episode? Did you agree or disagree with it?

The Breakdown of Mac, the former No Limit artist and the injustice of the Louisiana prison system. Not only does in resonate being that I’m from New Orleans but these are issues that happen to black males in Louisiana consistently. For example, the story of Gary Tyler, a man who was wrongfully convicted of first-degree murder in 1974. Mr. Tyler has spent over four decades in Angola State Penitentiary and was exonerated from all charges, however, he was never compensated for his wrongful conviction. This is currently the same circumstances Mac is facing at this present time.

If you could have your fans know one unique fact about you what would it be?

Check out Don Flamingo at DX’s Rap Rising showcase at SXSW on March 16 at The Parish.