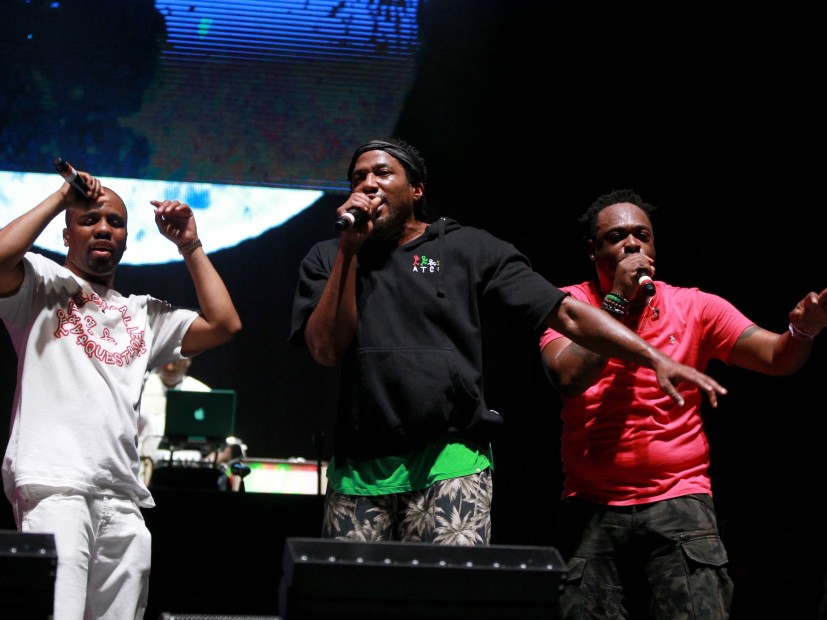 Here's What A Tribe Called Quest's "Major Announcement" Was

A Tribe Called Quest has reveled the “major announcement” they teased last week. On Tuesday (March 6), ATCQ explained they were teaming up with Pharrell Williams’ clothing company, Billionaire Boys Club (BBC), for a capsule collection — The Space Program.

The Instagram post included a few words about Pharrell, who has been a long time fan of Tribe.

In the caption, ATCQ announced a short film was on its way. Also titled The Space Program, a reference to a song of the same name on Tribe’s 2016 album We got it from Here … Thank You 4 Your service, it will premiere exclusively on Apple Music.

Consequence recently told Complex, “We have a longstanding relationship with Pharrell. He’s publicly stated that he’s always been a student of the Tribe catalog and how Low End Theory changed his life. We worked with him on Beats, Rhymes and Life. There’s always been this revolving door with Pharrell and Tribe.

“Even as of late, when the Grammy nominations came out, he was … Outside of Q-Tip’s video clip where he’s stating his displeasure with what happened, Pharrell took to Twitter to state how important Tribe was to him and to the culture as far as longevity in hip-hop. There’s always been a respect there.”

Billionaire Boys Club x A Tribe Called Quest ?3.13.18 ?Click the link in our bio to find out more about the collaboration. #bbcicecream

The Space Program collection is expected to arrive on March 13, and includes a hoodie, t-shirt and a couple of other surprises.

(The original version of this article was published on March 1, 2018 and can be found below.)

HipHopDX reached out to Jarobi who said, “No spoilers like Black Panther. You know how good we are about keeping [our] secrets. It’s ill though!”

Some of Reddit’s die-hard Tribe fans are theorizing the announcement will involve the long-awaited Phife Dawg solo album, while others are anticipating a new Tribe lineup that could possibly include longtime affiliate Busta Rhymes. Others joked it could be a Outkast and ATCQ dream project.

Last year, Tribe announced the Thank You For Your Service Tour was to be its last. The weight of Phife’s 2016 passing was too much to bare, which the Hip Hop legends explained in a statement to the L.A. Times after pulling a no-show at San Francisco’s Outside Lands Festival.

Tribe played its final show at the Bestival 2017 in England last July.