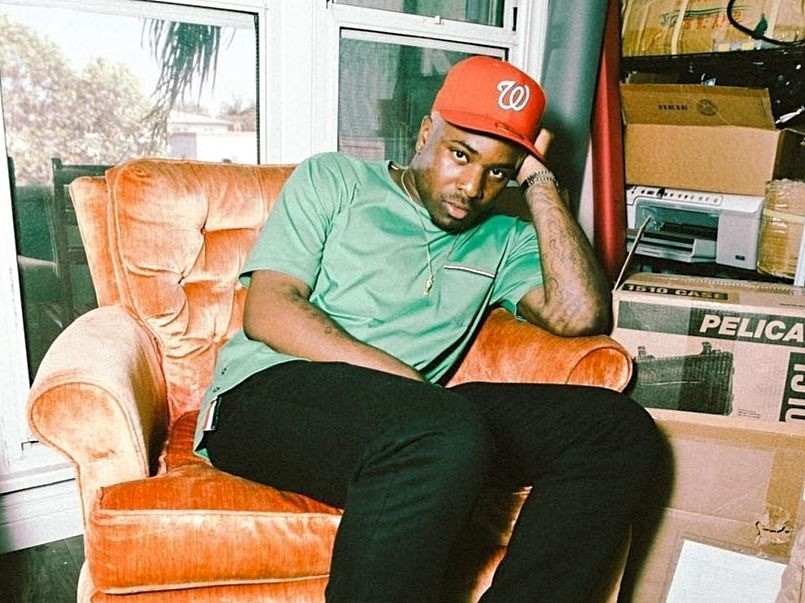 Prince George’s County, MD – Many artists cite writing lyrics as a cathartic experience. It’s a way to purge all those pent up emotions that can sometimes become overwhelming. For .idk (formerly known as Jay IDK), his writing process is almost otherworldly. It also helped him through one of the most difficult times in his life — the loss of his mother in 2016.

“It’s kinda like a out-of-body experience a lot of the time, where it’s like somebody else is doing some of the stuff,” .idk explains to HipHopDX. “‘Cause I even listen to the music, sometimes there’s a sign, and I’m surprised at some of the things that I’m able to write and say because I almost underestimate how smart I can be with certain lyrics. Because like I said, it’s out-of-body experience. You feel me?”

Since stepping onto the scene with his Sex, Drugs and Homework mixtape in 2014, he continued to push his own creative barriers until Adult Swim took notice. While working on his next album, IWASVERYBAD, the London-born, Maryland-bred MC wrestled with the grief he was feeling after his mother passed.

“I was kinda just figuring things out and trying to understanding myself when I was working on it,” he says. “I was in … I don’t wanna say a dark place, but not a bright place. I had just lost my mom and had a feeling that felt like a cloud over your head that you can’t get rid of. Even if it’s like a bright day, it feels like something is wrong. You know what I mean? So, that’s kinda how the music was starting to feel. Everything was either aggression or just kind of gloomy to an extent.”

The cover art for IWASVERYBAD is telling on its own. It shows the back of the 25-year-old MC in an orange D.O.C. jumpsuit with a white dove sitting on his shoulder, which is intended to represent his mother.

The critics gave this many albums of the year. Best albums of 2017, songs of the year. And video of the year for Pizza Shop. This is not my debut album, but the way we created this made everyone hold it that high. Thank you for the recognition. Can’t wait to release this fully in 2018. ?✌?#IWASVERYBAD

While losing a loved one is enough to push anyone over the edge, .idk has avoided numbing the pain with drugs and alcohol.

“I think everyone should kinda stay away from those things, but it’s hard to say that because some people don’t know how to cope with life like everyone else,” he explains. “Some people have to really, really find other ways to escape, you know? Luckily, I have music, but not everyone has music.”

But he does admit he’s powerless over two things.

“I’m addicted to one thing — fucking buying clothes and shit, eating food,” he says. “So that’s two things, sorry [laughs]. Those are the two things. But other than that, I’m cool.”