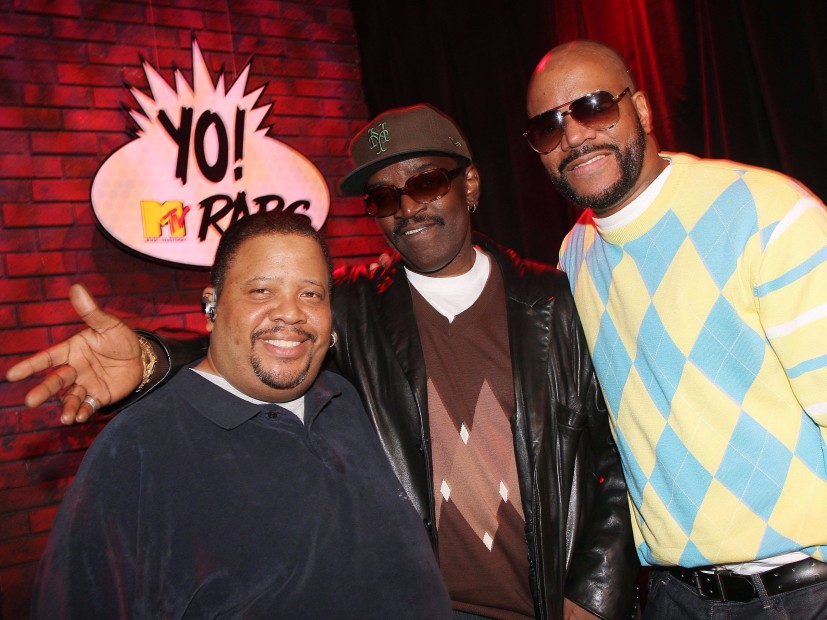 Many Hip Hop enthusiasts may not realize Yo! MTV Raps’ Doctor Dré played on integral role in Public Enemy’s career. Dré, whose group Original Concept was signed to Def Jam Recordings in the ’80s, was also DJing for the Beastie Boys at the time.

“I was the first DJ for the Beastie Boys after Rick Rubin,” Dre explains to HipHopDX. “I wrote a song with my group Original Concept called ‘Proud To Be Black’ for [Run-DMC’s] Raising Hell album. Prior to that, I got my group signed to Def Jam and after I did that, while on the road, I used to play tapes we made on the bus with everybody. They eventually heard ‘Public Enemy #1’ because the song was a radio promo.

“When I first played it, Russell [Simmons] was sleeping on Rick’s bed at NYU and Rick [Rubin] heard it and said, ‘Yo, this is a’ight. This is cool,'” he continues. “But me being with the Beasties for so long, they kept telling Rick about it, so I played it for ’em. Russell got up, walked to the tape deck and threw the cassette out the window. I said, ‘What are you doing?’ He said, ‘This is garbage, man. Nobody’s ever going to listen to that.’ Months later — Chuck, myself and [former Def Jam exec] Bill Stephney were in the same music class with Harry Allen — after going back and forth with everyone, I basically brought Public Enemy over there.”

Yo! MTV Raps was hosted by Dré, Ed Lover and Fab 5 Freddy from 1989 to 1995. Throughout the show’s run, the dynamic trio interviewed countless Hip Hop luminaries. Dré’s history in the music industry is so deep that the now-blind Hip Hop staple is currently working on a biopic about his life as well as a book.

He has a chance to reveal truths on events like (the other) Dr. Dre’s assault on Dee Barnes and some of the inner workings of Def Jam.

“There’s a big story to tell,” he says. “For example, when Ice Cube wanted to work with The Bomb Squad [Public Enemy’s production team], who did he come speak to about that? Me. Cube met me at Yo! MTV Raps and asked if I could reach Chuck D, so I spent the rest of the day tracking down everybody and got it together. Never got credit for it.

“So when I go to watch a movie called Straight Outta Fiction, I mean Straight Outta Compton, and I see things, I go, ‘That didn’t happen that way,'” he adds. “But I don’t have to tell stories. I can just tell the truth.”