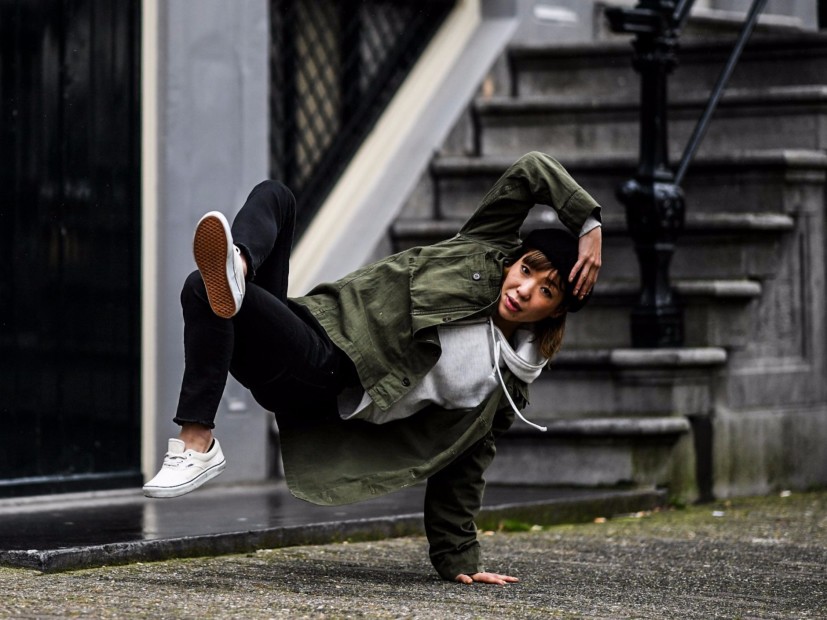 The Red Bull BC One World Finals kick off on Saturday (November 4) in Amsterdam where the world’s top breakers will compete for the coveted title. This year, the competition will host the first-ever female competitor — Japan’s Ayumi Fukushima.

The Kyoto native is a kindergarten teacher by day and breaker by night. She didn’t begin her career until she was 21, which is much later than most of her peers got started.

“I was surprised myself too that I started this late,” Ayumi tells HipHopDX via translator. “At the first, it is very hard. I even could not hold my body on the floor, but I thought I could open my mind something different and got a big feeling for a challenge like this.”

Ayumi’s sister is fellow B-Girl Narumi, who has been one of her most important influences.

For Saturday’s event, exclusive music from Alchemist and Lunice will fill up the arena, which was detailed in a promotional video for the competition.

Last year’s winner, Issei, will be looking to repeat his championship title. Fifteen other aspiring breakers, including Ayumi, will also take the floor to battle it out, but there’s no telling what exactly will happen.

“That’s what I like about a battle,” Ayumi says. “I never know what will be in the moment, but it makes me always really nervous before the battle. I just want to show my dance and my style, and try to do my best. [I want to] just enjoy the moment and not regret [anything].”

On a sad note, one integral B-Boy figure will be noticeably missing. David “Mex One” Alvarado, who help established the Red Bull BC One World Finals, passed away in September at the age of 35.

Check out the video with Alchemist and Lunice above, and watch the live stream of the Red Bull BC One World Finals below beginning at 3 p.m. ET.