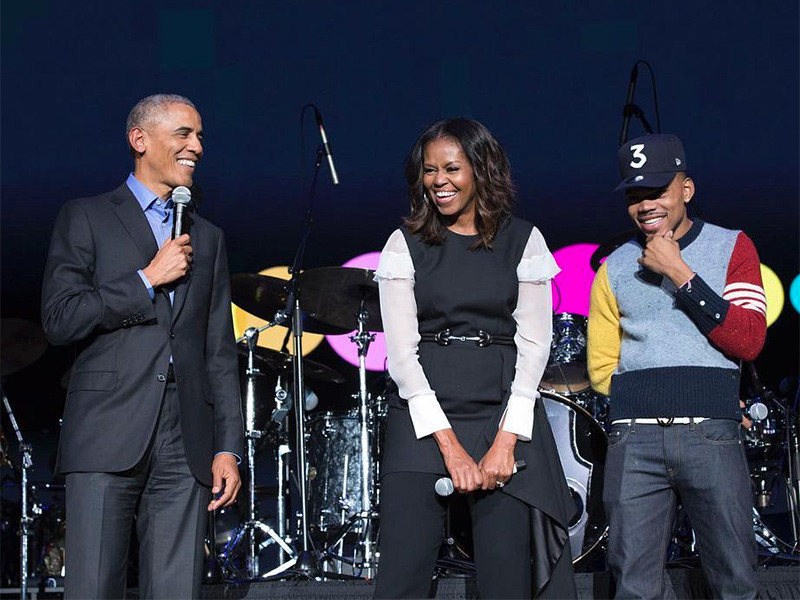 Attendees at The Obama Foundation Summit were treated to an array of performances at the conclusion of the event that was put on by former president Barack Obama and former First Lady Michelle Obama.

With the two-day leadership summit taking place in Chicago, Chance The Rapper was among those to grace the stage on Wednesday (November 1). The evening’s other performances came courtesy of singer Gloria Estefan, rock band The National and more.

“It’s a very important event that we’re all here,” Chance The Rapper said while speaking to the concert crowd. “Chicago gets a bad rap for things that people don’t really know anything about. And they don’t know a lot about our city. Or how it glows in all the amazing ways…That’s what the Obama Summit is. It’s a place for people to exchange ideas.”

Before the night was over, Master of None stars Lena Waithe and Aziz Ansari introduced the surprise act for the evening: Nas. The Queens MC performed both “I Can” and “One Mic.”

Also at the summit, Common and Hamilton creator Lin-Manuel Miranda’s discussion broke out into a freestyle rap session.

Talking with my brother Lin-Manuel Miranda earlier today at the #ObamaSummit. Our conversation turned into a freestyle rap session LOL… You know we had to do it for my hometown of Chicago! #✊?