Zaytoven Talks Upcoming Sequel To His "Birds Of A Feather" Movie 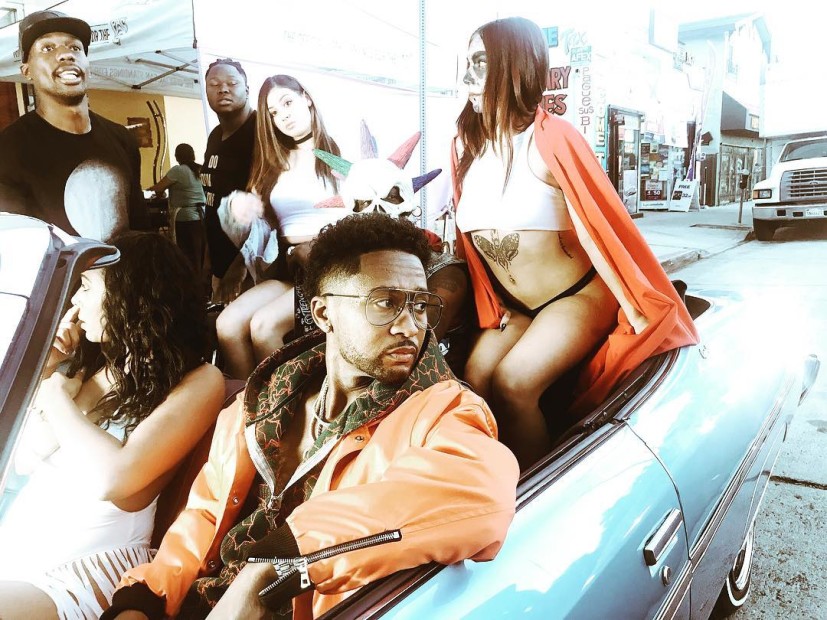 Atlanta is sitting on top of the rap world. Gucci Mane and Future have kept consistent enough to remain at the top of the A’s stronghold, and Migos will soon drop the sequel to their debut album, Culture. Whether it’s Migos’ breakout 2012 smash “Versace,” 21 Savage, or Gucci and Future’s trap-induced songs, much of their signature sound rests in the hands of renowned producer Zaytoven.

Along with T.I., the Grammy Award-winning producer has been one of the purveyors of Atlanta’s trap music scene since the early 2000s. The Bay Area-bred beatsmith spoke with HipHopDX recently at the A3C Festival in Atlanta to discuss the upcoming sequel to his semi-autobiographical 2012 cult film Birds Of A Feather — which will feature Nick Cannon and some other surprise Hollywood actors — coming to Netflix this December, and his debut solo album coming in early 2018.

“Y’all look out for my movie Birds Of A Feather Part 2, my best movie yet,” Zaytoven said. “It’s definitely gonna surprise everybody because I have to do a real acting job in this movie. So I dig deep, and tried my best to bring my acting chops out. It should be dropping around Christmas. What it is, it’s knowledge and giving people game of what producers and artists go through while being in the game and trying to stay relevant. And it’s a setup for my debut album that’s coming out first quarter next year.”

Biggest movie ever on the way.

With 18 years in the Rap game under his belt, Zaytoven is giving back to the music community by mentoring new producers with his Keys Camp. He led a panel of producers and workshop recently at the A3C Festival, and gave us his reasons behind his producer academy.

“We had a camp called Keys Camp, and it was wonderful,” Zaytoven stated. “It gave me a chance to kinda enlighten all the up-and-coming producers, DJs, rappers, managers, anybody that’s trying to get in the game, I had my whole team sit on a panel and give out gems and give out information to help the people that’s trying to make it.”

As for the ongoing debate on Hip Hop’s generation gap, Zaytoven offered that the notion that today’s popular artists are disrespecting the artform and leading it away from its roots is a misconception made by traditionalists.

“I really don’t feel like it’s a disconnect. People might not really see it or understand, but these new artists are grabbing from and respecting the generations that come before them. That’s the music they grew up and they listen to, so they using different things that they heard from the guys before them. So I don’t think there’s a real disconnect, it’s just that the newer age is just being a little bit more creative, adding their own twist to it.”