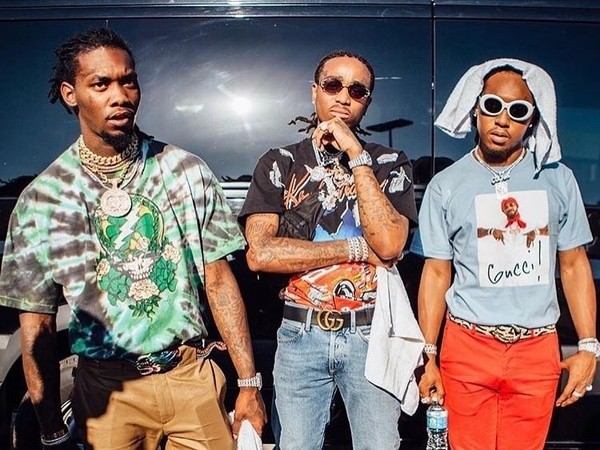 Atlanta, GA – It sounds like Migos plan to dominate the game throughout 2017. While out spending time with Cardi B, Offset revealed the group’s intentions to drop Culture 2 in October.

Paparazzi hounded Offset with questions about Migos’ recent clash with Joe Budden and probed about beef with Chris Brown, but the Atlanta rapper only offered coy answers. Offset let the October release date of Culture 2 slip as he made his exit though, which is sure to build anticipation among Migos fans.

Quavo announced a sequel to Migos’ hit album Culture earlier this month, but subsequent promotion for the project has simply billed it as coming soon. While Offset didn’t give an exact date, listeners now have a general idea of when they’ll hear the follow-up.

(This story has been updated and was originally published on June 18, 2017).

Migos won’t be waiting long to release a sequel to Culture. During a show last week, Quavo unveiled the trio’s plans to drop Culture 2 in the near future.

The group was performing a freestyle over the “Bad and Boujee” beat when Quavo unveiled the news. Check out the video of Quavo’s reveal below.

Migos wit a lil freestyle at the end of bad and boujee and hint at "Culture 2" Quavo says culture 2 comin soon???? pic.twitter.com/Exb11Mwaad

Quavo’s words were no simple tease as flyers promoting Culture 2 were also seen around the Hot 107.9 Birthday Bash in Atlanta this weekend. The promos were straightforward with “Migos – Culture II – Coming Soon” typed out in red font on a white background.

Migos’ desire to capitalize on Culture’s success makes plenty of sense. The LP, which dropped in January, was the first No. 1 album of their career. The project continued to do big numbers in subsequent months, eventually getting certified platinum by the RIAA in April.