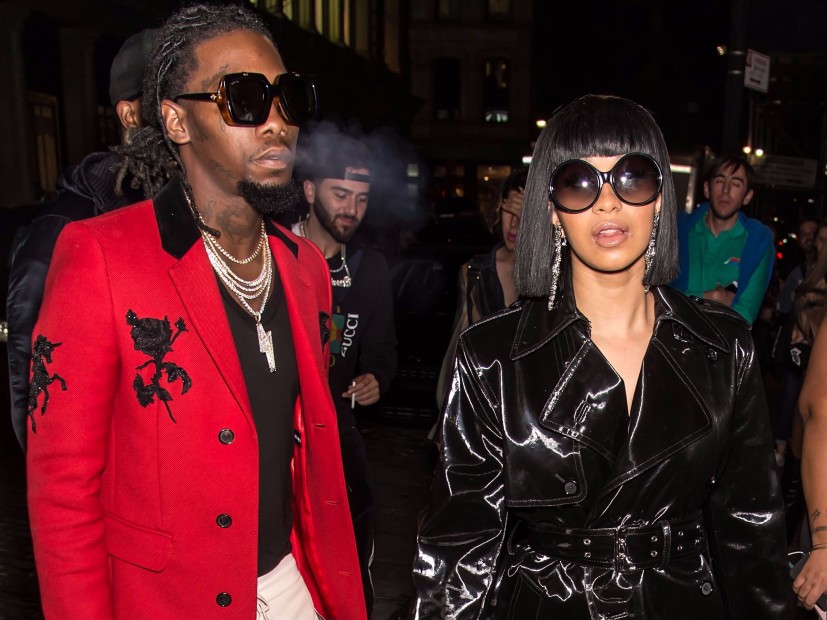 After Offset got down on one knee and proposed to now-fianceé Cardi B during Friday night’s (October 27) Powerhouse show in Philly, the public gesture ignited a wave of social media reactions.

Judging by her Instagram post, the “Bodak Yellow” rapper evidently went to sleep admiring her new monster engagement ring. With “Motor Sport” playing in the background, the Bronx native showed off the ring in a short video.

The caption read, “I just want to go to sleep and wake up and make sure this ain’t a dream. Thank you God for all these blessings. Thank you babe @offsetyrn God really sent you to me.”

I just want to go to sleep and wake up and make sure this ain’t a dream.Thank you God for all these blessings .Thank you babe @offsetyrn God really sent you to me

Fellow Migos rapper Quavo was one of many who captured the moment on Instagram. He joked that Offset had just turned in his player’s card.

Cardi and Offset have been dating since the beginning of the year, and have collaborated on multiple projects, including the newest Migos track “Motor Sport,” which also featured Nicki Minaj.

Countless fans took to social media to comment on the couple’s engagement, and a few notable members of the Hip Hop community weighed in as well.

Offset aint even get on one knee.. my nigga just squatted and looked at Cardi B and said 'YA DIGG????' .. That nigga been one of the realest

Congrats to Cardi B & Offset!!

Cardi B might be having the best year ever.

Cardi B got president

Better view of Offset's proposal to Cardi B ? pic.twitter.com/yihdq9L5ug

Offset and Cardi B going to be married before Jim Jones and Chrissy tho.

i am obsessed with cardi b & offset. i hope they live in a castle and ride around on unicorns and live happily ever after for ever and ever.

Congrats to Cardi B and Offset pic.twitter.com/wQeGfnGTJj

Offset did his fkn thing. Went from a whole hoe to a whole husband. He saw what he had and secured their future. Real man shit.