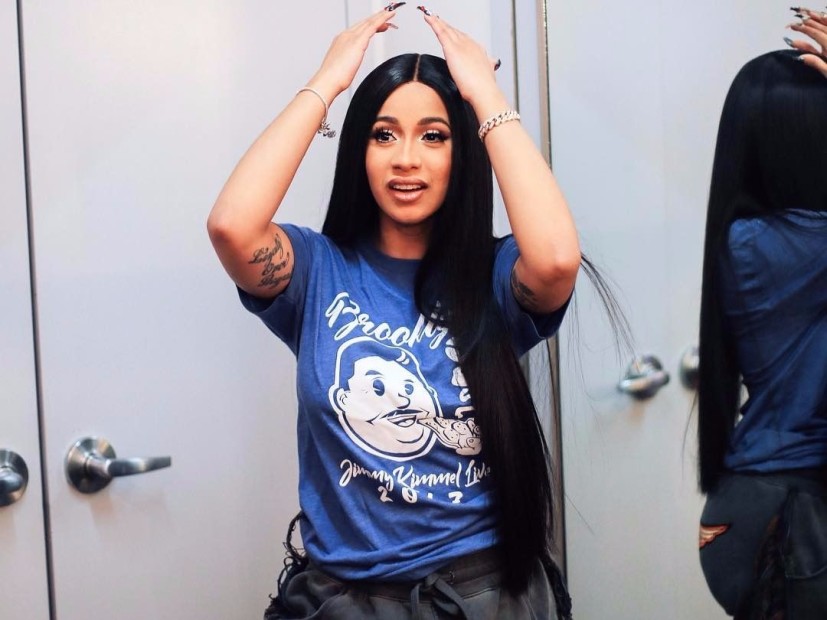 Cardi B Addresses Hotel Incident: "Albany Is Known For Being Racist"

Albany, NY – After Cardi B and her entourage were kicked out of a Hilton hotel in Albany, New York early Sunday morning (October 22), the Bronx native took to Instagram to clarify what went down. Despite complaints from other hotel guests that they could smell marijuana coming from her room, she denies there was any weed involved.

“Albany is known for being racist,” she said. “Every single time niggas from New York get locked up and get sent upstate, they always complaining about COs beating them and I really experienced that shit yesterday ’cause how the floor that I was staying in my hotel room, it smell like weed? So the cops came in the middle of the night knocking on my manager and on my door talking about that we were smoking weed and we gotta kicked out.

From the desk of #CardiB (see previous post) (swipe)

“Now, if you know me, I don’t even talk about smoking weed because everybody knows that I do not smoke weed,” she continued. “I get very paranoid and none of my team members smoke weed. If they was to kick us out for something else, a’ight, but for weed? I’m not taking that because we do not smoke. We could all get drug tests. Nobody smokes. Nobody smokes, especially when I’m sleeping and wild sick. You not going to do that to me. Mind you, everybody on the floor was caucasian, but you wanna kick us out. Fuck outta here. I will not.”

A rep for the Albany Police Department reportedly said the hotel’s manager called the police around 1 a.m. to report a party and the smell of marijuana. Hotel staff reportedly went up to the second floor where they were staying and asked Cardi’s team to leave. When the cops arrived, they were already getting ready to make their exit.

Cardi was woken up around 3 a.m. and asked to join them, prompting her outburst in the lobby.

The PIO said there was no evidence that indicated anyone in her camp was smoking weed. Albany PD reportedly denies allegations of racism.

Cardi B was visibly heated leaving the Hilton Albany in Albany, New York after she was thrown out of her hotel room on Sunday morning (October 22).

According to TMZ, the “Bodak Yellow” rapper, who was in town to perform at the Times Union Center Saturday night (October 21), received noise complaints from other hotel guests around 1 a.m.

Police reportedly said there was “some kind of disturbance” and when the Bronx native was confronted by hotel security, the situation intensified and she was ordered to leave the premises.

As she’s exiting the hotel lobby, Cardi yells “racist motha fuckers” as she knocks something out of an unidentified male’s hands. She then walks out of the front door alongside the man who’s trying to console her, but she screams, “Get off me.”

Judging by her recent posts to social media, the Love & Hip Hop: New York star is already having a tumultuous weekend. On Saturday (October 21), she reportedly went from being “single” to apologizing to boyfriend Offset of Migos for going “to the extreme.”

Watch footage of the incident above.