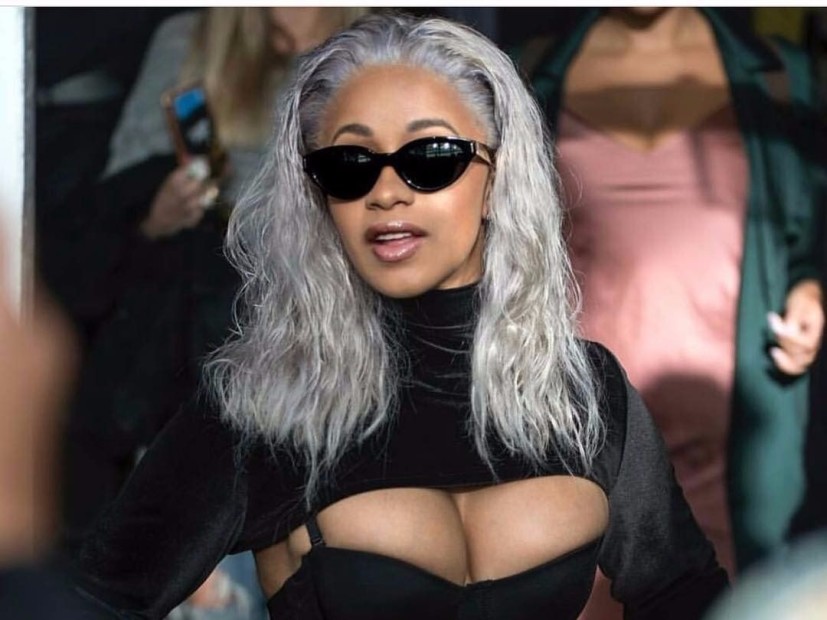 Cardi B "Too Gangster" To Admit She's In Love With Offset

By now, most rap fans know Cardi B and Offset are an item, but the Love & Hip Hop alum remained rather tight-lipped when pressed for details during a recent interview with The Breakfast Club. When asked if she was “in love” with the Migos rapper, the Bronx native responded in a way only Cardi could.

“Why you gotta use the ‘L’ word?” she asked. “You know what? Things were going cute until … I’ve gained a couple of weights, you know what I’m saying? Everthing’s are good with him. It’s healthy … You know, I’m too gangster to use those type of words [in love].”

Later in the interview, Cardi hinted that she was pushing back the release date of her debut album as well. She suggested it’s likely not coming in October as originally planned.

“I wanted to drop next month,” she said. “Every single time I think I got all the 10 songs it’s like, I’m buggin. These ain’t it. It’s just like, ‘Damn I’m competing with myself. I’m competing with the goddamn #2 record [on the Billboard Hot 100] and stuff.’”

She added that she wouldn’t leave fans totally empty handed.

Up until now, Cardi seemed confident the album would arrive in October, but there were signs she was possibly struggling. During an interview with The Associated Press at a New York Fashion Week event, Cardi admitted she’s feeling the “pressure” to top her breakthrough hit “Bodak Yellow.”

“I’m a little nervous to put the project out, but it’s like I think it’s going to do pretty good,” she said on September 11. “It’s a lot of pressure on me. Everybody’s waiting to see what I’m going to have next and it’s like … I hope people love it. But I have confidence. I really do.”

Watch the full interview with The Breakfast Club above.

(The original version of this article was posted on September 12 and can be found below.)

As Cardi B’s media presence continues to expand, there’s a sense the Love & Hip Hop star is simply grateful to have “arrived.”

Since releasing her breakthrough hit “Bodak Yellow” in June, the Bronx native has been popping up everywhere, most recently at New York City Fashion Week.

In a new interview published by The Associated Press, the stripper-turned-rapper talked about the pressure to top “Bodak Yellow” while discussing her forthcoming album, which is expected to arrive in October.

“I’m a little nervous to put the project out, but it’s like I think it’s going to do pretty good,” she said. “It’s a lot of pressure on me. Everybody’s waiting to see what I’m going to have next and it’s like … I hope people love it. But I have confidence. I really do.”

Elsewhere in the interview, she touched on some of her favorite female artists, including Beyoncé, one of her idols. The two met at JAY-Z’s Made In America festival earlier this month in Philly.

“Bodak Yellow” currently sits at #2 on the Hot 100 chart and Cardi feels like her dreams are finally coming true.

“It feels amazing and it’s overwhelming,” she said. “It’s like, it fills me up with lot of happiness and a lot of joy. It’s just like unbelievable. I’ve been through so many things and I worked so hard for me to be here, and it’s like I’m finally here getting what I wanted, [and getting] the respect from other artists and from everybody.”