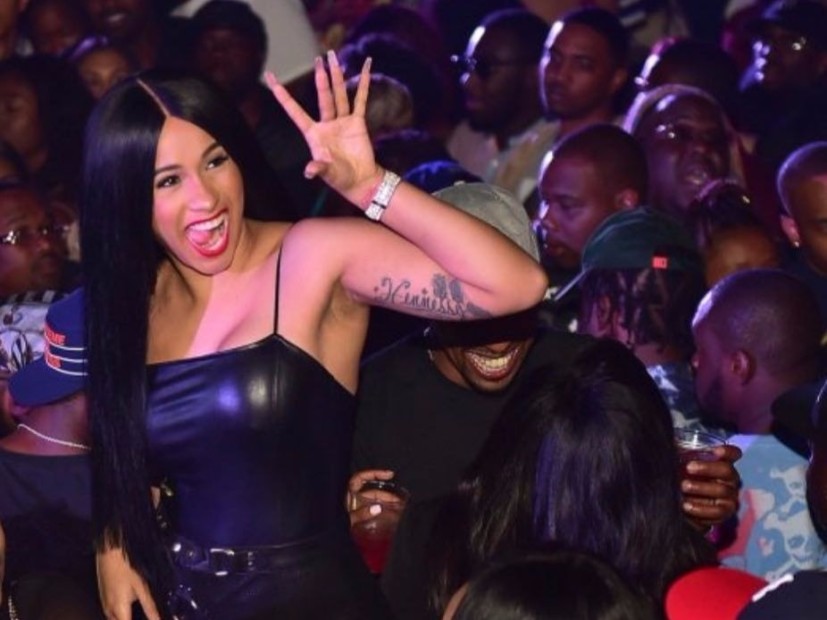 Cardi B’s meteoric rise in fame is due in part to her massive hit single, “Bodak Yellow,” which currently sits at #3 on the Billboard Hot 100. The Love & Hip Hop star admitted she commemorates her successes by getting busy.

TMZ caught up with her in New York City and when asked how she’s plans to celebrate, she replied, “by fucking my man.”

Her man is Migos rapper, Offset, who she’s been dating for a few months. Although things are reportedly moving quickly, she shot down rumors of an engagement at the MTV Video Music Awards on August 27.

During the brief exchange, she also explained what “Bodak Yellow” symbolized.

“It’s about everybody that doubted me before, mane,” she said.

Cardi, who was born Belcalis Almanzar, added that the song had nothing to do with Nicki Minaj.

The stripper-turned-rapper’s debut album is expected to arrive next month with a possible feature with Remy Ma.

Check out her uncensored comments above.