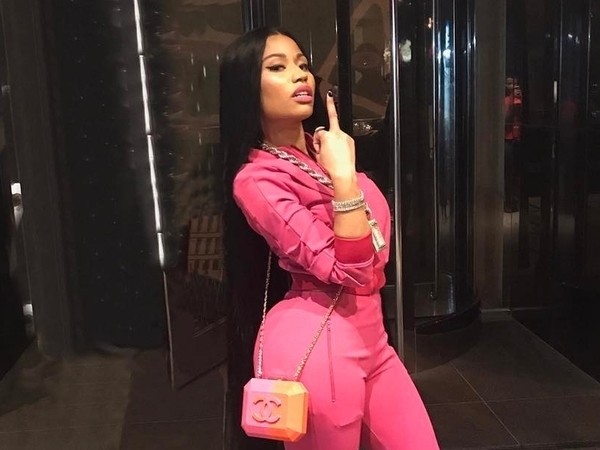 People clearly love drama. Since Cardi B dropped one of summer’s biggest hits, “Bodak Yellow,” some Hip Hop fans are itching to see Nicki Minaj and Cardi fight for the title of best female rapper. Despite the Love & Hip Hop star’s swift ascension to notoriety in the rap world, apparently Black Barbie isn’t sweating her.

On Thursday night (August 24), London On Da Track shared “No Flags” featuring Minaj, 21 Savage and Offset. Many speculated the “No Frauds” rapper dissed Cardi in her verse, something she quickly denied after a fan tweeted her about it.

“Y’all are trying to make Nicki’s No Flags verse about Cardi specifically, and it’s really not,” the Twitter user wrote. “Stop reaching please.”

Minaj replied, “It sure ain’t. Wrote this one a cpl months ago too #NoFlag.”

Cardi also chimed in on Twitter with a line from “Bodak Yellow” that read, “I don’t bother with these hoes,Don’t let these hoes BOTHER Me!”

I don't bother with these hoes,Don't let these hoes BOTHER Me !??

Minaj’s verse on “No Flag” begins with, “Lil’ bitch I heard these labels tryna make another me/ Everything you getting little hoe is cause of me,” leading some to believe she was talking about Cardi.

Earlier this month, Cardi added fuel to the fire when she told a crowd, “You know this bitch, she never fucking liked me and now, all of a sudden, she wants to be friends with me, you know this bitch?” Fans thought the “bitch” in question could be Minaj.

Cardi’s Twitter account was also hacked in July and many of the tweets took shots at Minaj as well.

Despite the two women showing support for one another earlier this month, there are still plenty of people hoping for some beef, but that’s not happening — at least not now.

Check out the tweets above.