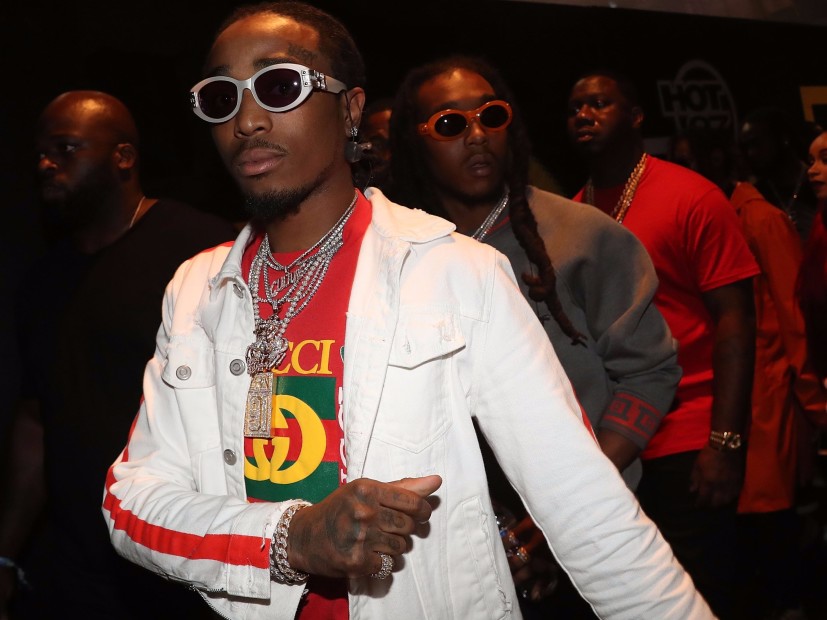 Quavo has responded to a petition that began to circulate in June demanding the Migos rapper redo “The Star-Spangled Banner.” Quavo accepted the request, but on Tuesday (August 22), he revealed plans to write a brand new national anthem, one that represents unity.

He continued, “I’m the huncho. When you the huncho, you the boss. You gotta stand on whatever the people want you to do. Huncho for president, you dig?

It’s been 12 days since the “Bad and Boujee” rapper seemingly agreed to give the people what they want. “SO THEY WANT HUNCHO TO BE FEATURED ON THE NATIONAL ANTHEM LETS ROLL,” he tweeted on August 11.

As Quavo got into the car waiting for him curbside at the Los Angeles airport, he added, “Everybody together — it doesn’t matter what color you is.”

The petition was crafted by Kentucky native Sean Gray two months ago and so far, over 7,700 people have signed it in support of the endeavor. Gray needs 3,300 more signatures to reach the current goal of 10,000. Sign here.