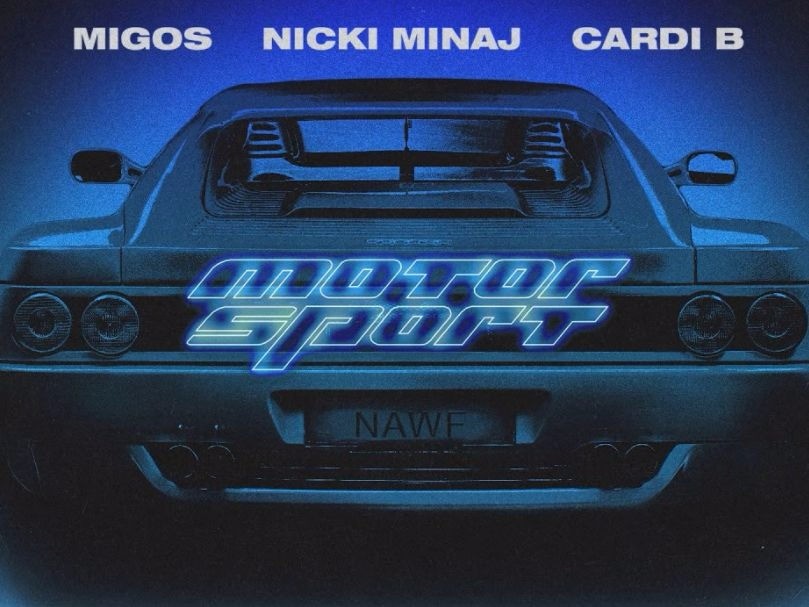 Instead, we got “Motor Sport,” a Migos single featuring Nicki Minaj and “Bodak Yellow” rapper Cardi B.

Judging by the countless Twitter posts, Black Barbie undeniably stole the show. Despite Minaj’s larger-than-life shadow, Cardi did her best to hold her own, which didn’t go unnoticed either.

But it was ultimately Minaj’s contributions that had the internet talking.

With lines like, “I don’t work in no office, but they copyin’ and that’s facts though/ I ain’t tryna be violent, but if Nicki on it, it slaps, ho/ Get you lined for that paper like a loose leaf when that strap blow/ I’m with a couple bad bitches that’ll rip the party,” Minaj set out to prove what makes her the self-proclaimed Queen of Rap.

I’m here for Cardi B and Nicki’s verse on #MotorSport, they definitely snapped and it’s not up for debate. pic.twitter.com/tL5Uread8L

Cardi B and Nicki Minaj bodied Migos on their own track. #MotorSport

#MotorSport: I ♥️ Cardi, but Nicki Is Still ?‼️. No Shade , But how ppl just skip that both of em were way better Than MIGOS ???‍♀️ #ijs

Migos & Cardi B are so boring, Nicki Minaj saved this song #MotorSport

Nicki Minaj killed her verse on Motorsport, I forgot migos & cardi b were on that hoe tbh

Now can y'all stop comparing cardi to nicki ? Because it's obvious which female mc had the better verse #MotorSport pic.twitter.com/mS53lShKbB

#Motorsport Me waiting for Migos to shut up so I can hear Cardi and Nicki pic.twitter.com/clunXjMiJ1

Nicki is listed as a LEAD ARTIST on #MotorSport (like with Bang Bang), so she's equally credited. Treat this like her song. Buy + STREAM.

When you hear Nicki Minaj extend into that second verse and switch up the flow multiple times!
OMG
QUEEEEEEEEEEEEEEN #MOTORSPORT pic.twitter.com/owMKxE6AAF

me when i see migos, cardi B, and nicki minaj in the same song #MotorSport pic.twitter.com/YUlY6NspkA

Cardi and Nicki are no longer comparable after MIGOS #motorsport. Cardi held her own but Nicki gave multiple flows, metaphors, punchline,ETC pic.twitter.com/z84dcDqGBn

Of course, a few Twitter users had to bring Remy Ma into it. The Minaj-Remy beef has been well-documented over the past several months since Remy dropped the seething Nicki Minaj diss track “SHether” in February.

Remy Ma & Lil Kim : our single is coming so…

Remy Ma pretending to be happy for Cardi but also jealous cause Migos called Nicki and not her. #MotorSport pic.twitter.com/ydeb3bIT3u

Cardi and Nicki out here with the migos spitting these bars and making moves and Remy ma is where…….#MotorSport pic.twitter.com/gMFeFncoLT

Remy Ma when she heard Nicki and Cardi song with Migos #MotorSport pic.twitter.com/zTuBalFkOX

Check out some of the best reactions above.