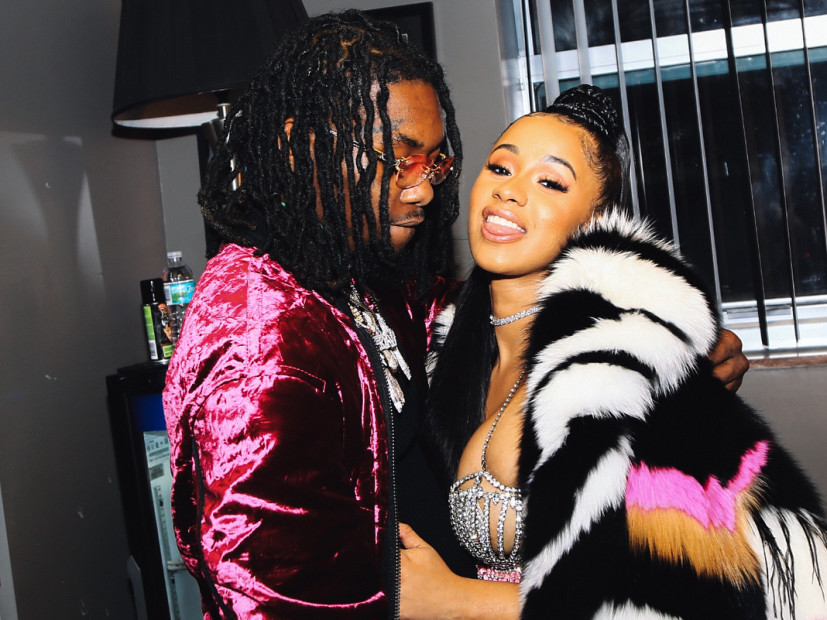 Cardi B tops in sales this week with “Bodak Yellow,” grabbing the #1 spot on the R&B/Hip Hop Single Sales charts after sitting at #2 for the past two weeks.

Post Malone’s single “Rockstar” featuring 21 Savage debuted at #1 last week and has swapped spots with Cardi at #2. Post has another single called “I Fall Apart,” which found its way into the Top 10 of the R&B/Hip Hop Single Sales chart this week.

The week’s highest sales debut goes to Danielle Bregoli aka Bhad Bhabie’s song “Hi Bich,” which entered the charts at #28.

Cardi B has dominated most of 2017 with “Bodak Yellow.” Now, the song has hit the #1 spot on the R&B/Hip Hop Single Sales charts.

“Bodak Yellow” was #2 last week and despite taking a very small dip in sales — about one percent — it attained the top position. 55,492 units moved helped her dethrone Post Malone and 21 Savage’s “Rockstar.” The J. White-produced hit has sold a total of 371,550 so far.

At the 2017 BET Hip Hop Awards in Miami this weekend, Cardi took home the awards for Hustler of the Year, Single of the Year and Best New Hip Hop Artist.

Post Malone’s “Rockstar” featuring 21 Savage made its debut on the R&B/Hip Hop Single Sales chart last week at #1. This week, the blazing hit landed at #2 after taking a 46 percent dip in sales. “Rockstar” sold 43,167 digital downloads for the week ending on September 28 compared to the 79,564 units it moved the previous week.

The Texas artist also managed to see another one of his singles rise up into the Top 10. “I Fall Apart” off his debut studio album, Stoney, landed at #7 due to 685 percent increase in sales. The single sold 14,538 units this week, compared to the 1,852 accumulated sales after spending 41 weeks on the charts for the previous weeks. “I Fall Apart” now has 74,269 total in sales.

Danielle Bregoli, who now goes by the moniker Bhad Bhabie, has transformed from a meme into an artist. “Hi Bich” is the 14-year-old Atlantic Records signee’s latest single, which is now on the R&B/Hip Hop Single Sales charts at #28, moving a total of 5,178 units for the week ending on September 28.

Will her rise last? HipHopDX recently weighed in on her surprising success.