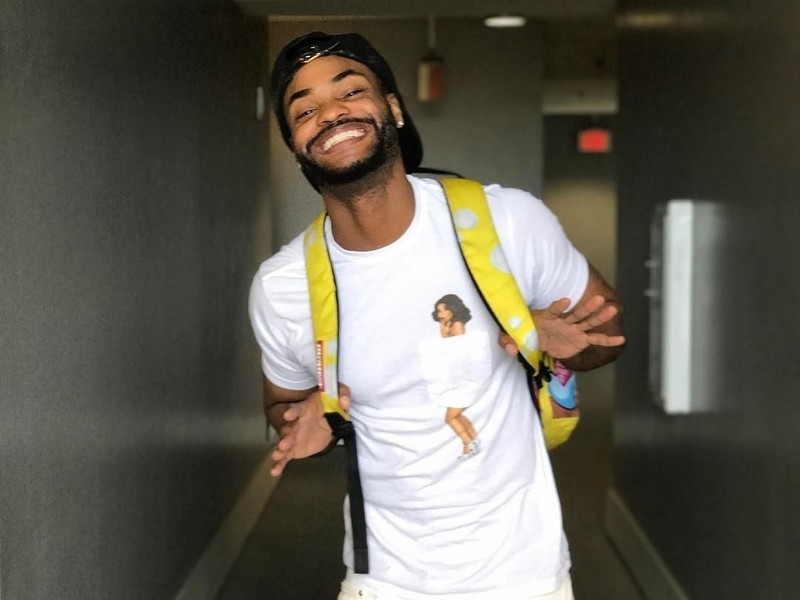 Hollywood, CA – As social media continues to dominate society, the icons that permeate users’ feeds are a complete 180-degree shift from the suited-up gray haired “boss” figure that used to be the archetype for a mogul.

King Bach has been the embodiment of what’s possible when creativity, work ethic and timing come together. Last Thursday (October 19), the comedian/social media sensation dropped by #DXLive to talk about his new movie, Where Is The Money, which hits theaters and iTunes on Tuesday (October 24).

“In the film, my dad [played by] Mike Epps and my uncle [played by] Terry Crews steal a million dollars,” said Bach, who plays Chet Buttersworth in the comedy. “They get sent to jail, but before they go to jail, they hide the money in a flophouse. Now, they get some beef in prison. Terry Crews breaks out of prison and my dad calls me to get the money before [my uncle] gets it. So, I go to the flophouse where they hid the money and it’s been turned into a white fraternity and I end up having to pledge the white fraternity to try and get in the basement of that house.”

While recounting his younger days starting out as an up-and-coming performer, Bach always tried to be as versatile as possible and delved into every form of comedy. According to Bach, standup was the most difficult.

Bach, who currently has 14.5 million followers on Instagram, told DX about the first time he bombed so hard a guy went to extreme lengths just to express his displeasure with the then-rookie comedian.

If she unfollows you then you know ITS REALLY OVER smh ?? w/ @wuzgood @melvingregg @destorm @adamw @mcphonz

“My first time [doing standup] it was like 2010. I don’t even think I can say the joke but I’m gonna say the joke,” he said. “Let me just buffer y’all now. It’s a bad joke. That’s why it got a lotta boos. I was new guys, I didn’t know what I was saying. I just wanted to talk.

“I made up a story I was like, ‘This girl, she was tryna give me some pussy and I was like ‘I don’t want that pussy. Give it to the homeless.’ And even the homeless was like, “I don’t want that pussy. Box that shit up and donate it to Haiti.” This was right when the [Haiti] earthquake happened, and I was in Miami in a room full of Haitians and they were like, ‘Boooo!’ There was one guy that came off the balcony, jumped down off the balcony just to boo me. Almost committed suicide just to boo me.”

Despite the ice cold response, Bach did what many are scared to do when facing rejection — he took it as a learning experience and kept going.

Check out the full interview with King Bach (at around the -32:00 mark) as well as our exclusive interview with Slaine below and be sure to tune in to DX Live every Thursday at 10:00am PST.