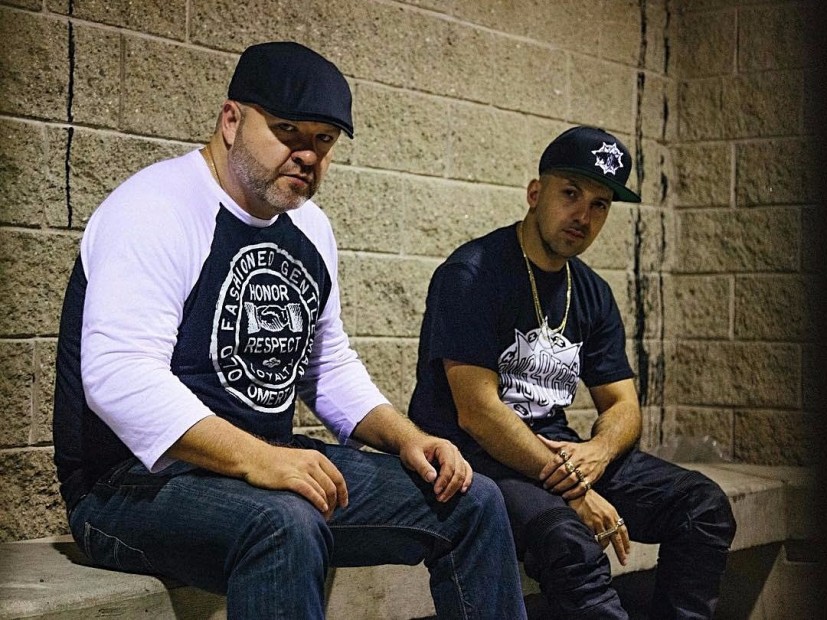 Slaine: “Me and Termanology Didn’t Like Each Other For Years”

Since emerging from Boston with Special Teams and La Coka Nostra, Slaine has represented the underbelly of New England’s Hip Hop subculture and lyricism. Around that same time, an up and coming MC by the name of Termanology was making waves of his own after being deemed as one of The Source’s coveted “Unsigned Hype” artists.

The rivalry went on for years as both of their solo careers took off. Earlier this month, the two teamed up and dropped Anti-Hero, a project three years in the making. In an exclusive conversation with #DXLive, Bobby Be Real opened up about how the two lyrical juggernauts went from being enemies to forging a friendship that would progress to become a fruitful working relationship.

“Me and Termanology didn’t like each other for years,” Slaine told HipHopDX. “I always looked at Term like he was my main competition in Boston. We were both coming up around the same time — ’03 to ’06. I was in a group with Jaysaun called Special Teams [also with Edo G] and he had ST the Squad. It was also just like we were both coming up and people would argue who was better. Certain people thought he was, certain people thought I was.”

The two became friends thanks in large part to a mutual connection who was also one of the region’s biggest influencers in Hip Hop.

Once the decision was made to team up on a full-length album, the journey was only beginning both for the duo and for Slaine personally, who was transitioning out of his crazy, partying ways.

“When we started this record I was in a different place,” he admits. “I was all fucked up on drugs and booze. And so he says ‘This isn’t the Slaine that I decided to make the record with,’ as a joke. But it’s cool that we took that long to make the project because you grow. We took three years to record this. So you put some distance on it and when it comes out you start to listen and it becomes brand new again.”

As an artist, the stigma that sobriety kills creativity loomed over the critically acclaimed MC and actor, but as he explains, it turned out to have the opposite effect.

“I started going in at 10 in the morning instead of all-night sessions,” he continues. “It’s crazy because now it seems so delusional to me to think that I needed that to create because the stuff I’m making now has so much more clarity, purpose and it’s better. I’m real proud of the record. We put a lot of work into it and it has a lot of depth to it, a lot of different directions.”

Buy or stream Anti-Hero now and tune in to #DXLive every Thursday at 10 a.m. PST.