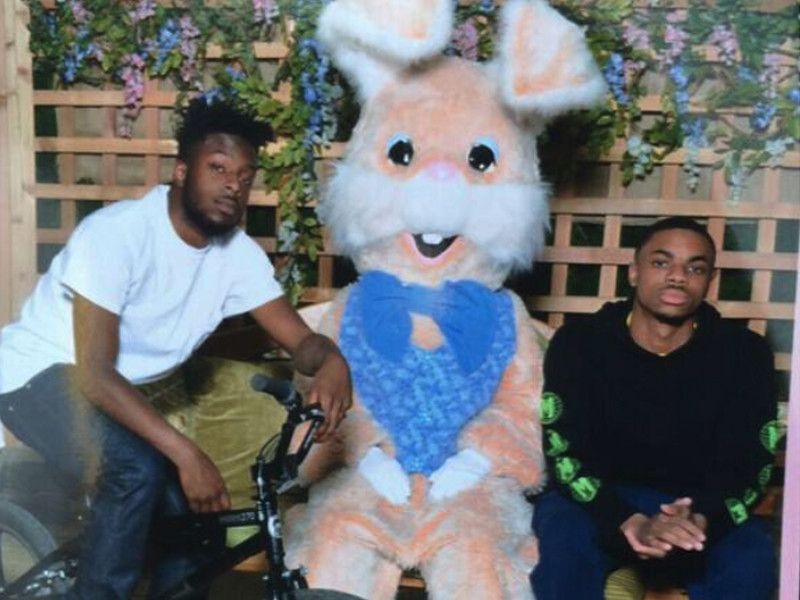 How Dope Would A Vince Staples & Isaiah Rashad Talk Show Be?

Often elusive and sporadic on Twitter, Top Dawg Entertainment rapper Isaiah Rashad — fresh off the Rolling Loud Bay Area 2017 festival, took to the platform on Tuesday (October 24) to clear his mind of some seemingly unrelated thoughts on a wide range of topics.

Amid the conversation, fans noticeably reacted to his suggestion that a talk show alongside fellow artist Vince Staples was “long overdue.”

Oh and somebody give me and Vince Staples a fucking talk show. It’s like overdue … im looking at u Tiffith and u Corey.

“I’m looking at u Tiffith and u Corey,” Rashad tweeted, referring to Anthony “Top Dawg” Tiffith, the CEO of TDE, and Corey Smyth, who currently manages Staples.

Whether this was simply an off-the-cuff remark or an actual conversation the duo has had in the past is unclear, but fans are already imagining how intriguing it would be. Many Twitter users were quick to note that it’s 2017, and the two could easily take matters into their own hands.

Bro just get some mics and start one. Live your life and let the price set itself

Just do a podcast together. No one can tell you what you can/can't talk about on ther. Compete freedom!

Would you watch an Isaiah Rashad and Vince Staples talk show? Let us know in the comments.

If it had one percent of the entertainment value of Pitchfork’s “Over Under” with Staples, it could be a hit.

RT @pitchfork .@VinceStaples says @BillNye taught the kids how to proportion the Lean in their beverage pic.twitter.com/vfXhO7yDvT