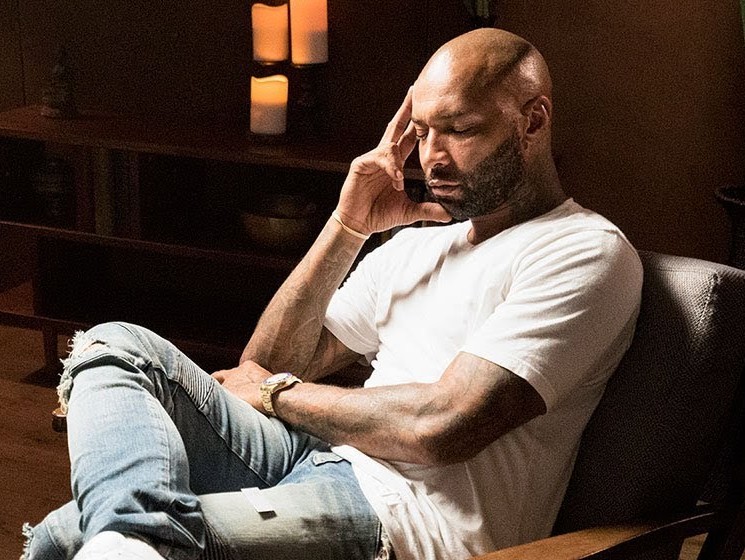 Joe Budden On Migos Confrontation: "It Was A False Sense Of Entitlement"

This past summer, Joe Budden was involved in one of the most talked about (and entertaining) verbal altercations of the year with the Migos at the 2017 BET Awards during an episode of Complex’s Everyday Struggle. It was an altercation that nearly turned physical as the Migos stood up in turn, dropping their mics to the floor after Budden abruptly walked out in the middle of their interview.

Budden seemed visibly annoyed after DJ Akademiks asked Takeoff about why he was left off their platinum-selling single “Bad & Boujee.”

“Does it look like I was left off ‘Bad & Boujee’?” Takeoff asked several times as Akademiks struggled to understand the Migos member’s response through the noise and his thick Atlanta accent. Budden was over it and asked for Ak to wrap it up.

While many came up with their own reasons as to why Joey felt the need to walk out during the middle of their live interview — something HipHopDX Editor-in-Chief Trent Clark had experienced himself — VICELAND offers the Slaughterhouse constituent the opportunity to expand on his reasons for why he thought his actions were appropriate.

“My ethics and my morals, yet again,” Budden says in a clip from The Therapist. “I’m not going to sit there while three young men give me they ass to kiss.”

“It was a false sense of entitlement from these three gentlemen while my novice co-host and my moderator will sit through it, I will not. I was behind the scenes saying why are we talking to these people? I’m blunt, I’m insensitive, I’m not filtered, I’m not censored. Things could go left.”

Watch the clip below and the full episode here.

? @JoeBudden will be on @VICE's #TheTherapist tonight, revisiting the #Migos incident at the @BET Awards pic.twitter.com/xTi6N9Byix