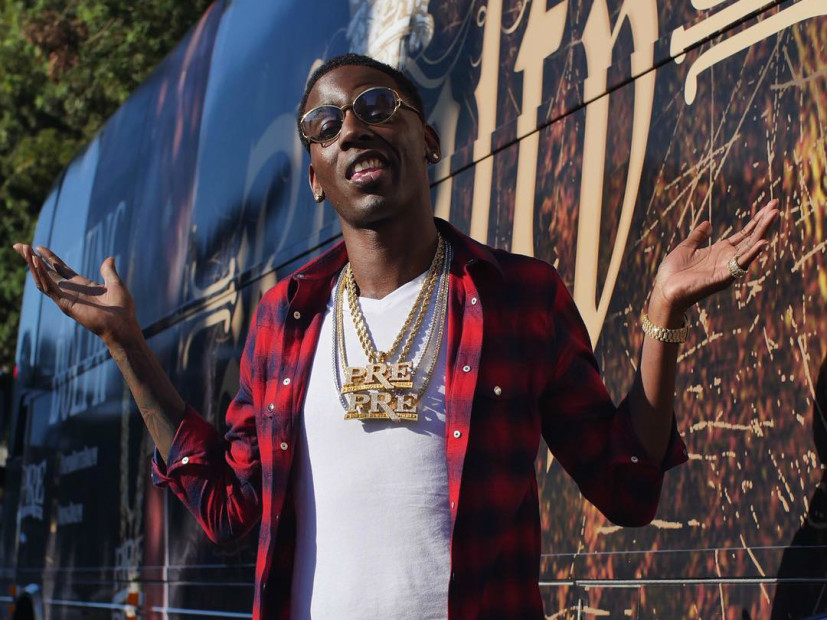 The rap world has been waiting for an update from Young Dolph ever since he was shot in Los Angeles on September 26. The Memphis rapper finally broke his silence this weekend with a simple tweet of his signature catchphrase.

“Its DOLPH!” he wrote with multiple dolphin emojis.

The brief message was a positive development in this saga, which saw Dolph rushed to a Los Angeles hospital last week after suffering multiple gunshot wounds. At one point, he was said to be in critical condition.

The Los Angeles Police Department stated that Dolph was shot after getting into an altercation with three men outside Loews Hollywood Hotel. Police are still looking for two of the men after arresting Yo Gotti affiliate Corey McClendon on Wednesday (September 27).

“Under California law, if you are arrested and booked and no charges are filed within 48 hours, you have to be released,” Risling said, according to USA Today. “Come back to us with a case and then [the district attorney] will decide whether to file charges.”