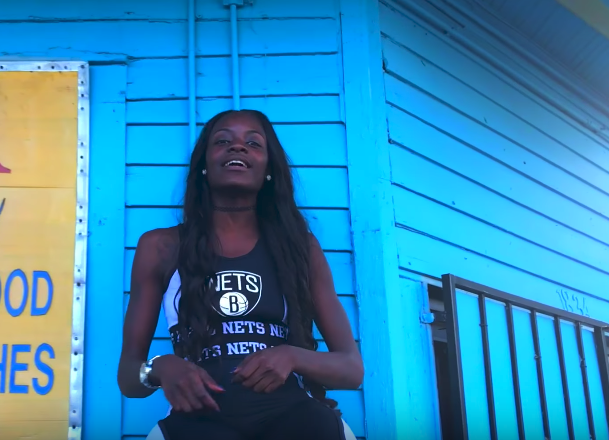 GameOva Reedy Frustrated At Lack Of Credit For Viral #ForTheDickChallenge

The viral #ForTheDickChallenge continues to be the obsession of the internet, with celebrities and fans alike dropping a slew of NSFW bars about what they would do “for the dick,” (or in another variant, “for the pussy”). However, New Orleans rapper GameOva Reedy is frustrated at the lack of credit she’s gotten as the challenge’s creator.

“I haven’t received no extra benefit from this song whatsoever,” Reedy said in a video picked up by TMZ. “Not a single dime. No endorsements. No anything. I’m highly upset because I’m not getting the credit that I deserve. Today was the first day I ever spoke on it. I just kept ignoring it.”

The #ForTheDickChallenge can trace its roots back to a freestyle Reedy released in April, where she raps, “I’ma shock that dick/ I’ma shoot that glock for that dick.” Reedy’s video has since garnered over 1.1 million views on YouTube.

Since then, a number of celebrities – including Erykah Badu, Cardi B and Michael Blackson, among others – have released their own freestyle. It’s worth noting that there’s Reedy’s original freestyle uses a different beat than the one that’s gone viral for the challenge. In the original, Reedy raps over a bounce beat, while the beat being used for the challenge is D4L’s “Geeked Up.”

While Reedy admits she’s enthusiastic about other peoples’ challenges, she does want celebrities to start giving her credit.

“I’m loving the fact that the celebrities are doing it. I’m loving that. I just want them to know where it came from. That’s all. I’m not mad at anybody. I’m loving everybody’s challenges. I just want people to know where it came from. It came from me. Obama can do it. Donald Trump can do it. As long as he post, ‘I got this from Reedy,’ [or], ‘Inspired by Reedy.’ I don’t care who do it, just let it be known who did it first.”