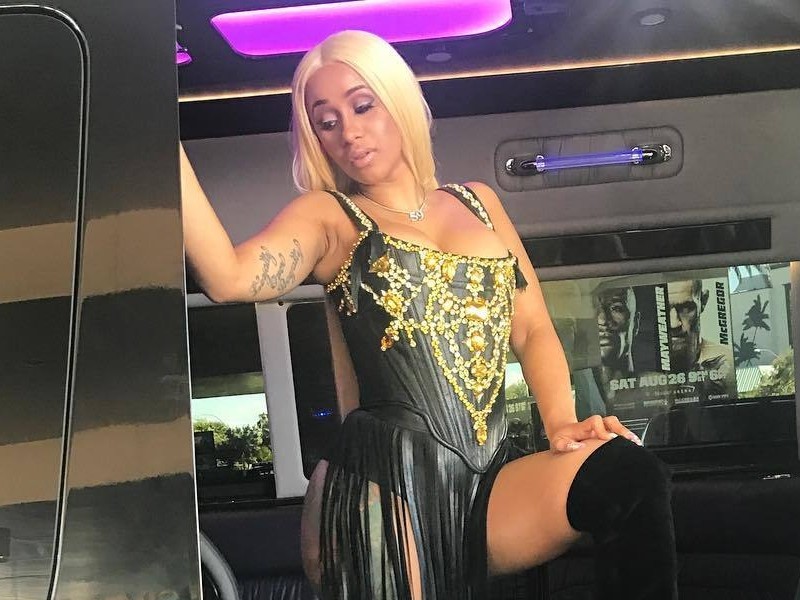 Nicki Minaj wasn’t the only rapper to show love to Cardi B’s chart-topping success. After Cardi’s “Bodak Yellow” officially hit #1 on the Hot 100, many of Hip Hop’s elite congratulated her on the achievement.

Veterans of the culture like Missy Elliott, E-40 and Lil Kim shared their support for Cardi’s success via social media. Her contemporaries, including boyfriend Offset, were also among the lost list of people congratulating Cardi on the honor.

Check out the outpouring of support below.

Congratulations @iamcardib for having a #1 record in the country that's not as easy as it seem this huge?? May u have continued blessings??

Hey, @iamcardiB….congrats on that #1 spot, sis!!!!! I love your spirit! #BodakYellow Never stop being YOU! Keep going. ♥️??? pic.twitter.com/YViVl4Kbw7

Congratulations to Cardi B, Can't Nobody Stop Your Shine!

Congratulations to my baby cakes @iamcardib I always knew this day would come and I am so happy and proud of U! Keep killin it baby! U deserve every bit of it ?❤️???????#bodakyellow #cardib #myday1

(The original version of this article was published on September 26, 2017 and can found below.)

Ever since Cardi B’s ascent began, rumors of a supposed feud with Nicki Minaj have popped up despite the mutual admiration they’ve publicly displayed. The rumors continued to look baseless on Monday (September 25) when Minaj congratulated Cardi on “Bodak Yellow” reaching the top spot on the Billboard Hot 100.

“Congratulations to a fellow NEW YAWKA on a RECORD BREAKING achievement,” she tweeted. “Bardi, this is the only thing that matters!!! Enjoy it??? @iamcardib.”

Congratulations to a fellow NEW YAWKA on a RECORD BREAKING achievement. Bardi, this is the only thing that matters!!! Enjoy it??? @iamcardib

“Thank you!!” Cardi B responded soon after. “This means sooo much coming from you!!”

Thank you!! This means sooo much coming from you!! ❤️ https://t.co/vPGwFiBAiQ

The record-breaking achievement that Minaj referred to was Cardi B becoming the first female rapper to reach #1 with a solo track since Lauryn Hill. Hill, the only other woman to accomplish the feat, reached #1 in 1998 with her hit single “Doo Wop (That Thing).”

Although Minaj has not reached the #1 spot herself, she knows quite a bit about finding success on the charts. Three of Minaj’s songs — “Anaconda” (#2), “Super Bass” (#3) and “Starship” (#5) — cracked the Top 5 over the course of her career. Earlier this year, she surpassed the legendary Aretha Franklin for most ever songs to chart on the Hot 100 by a woman.